Why a Menthol Ban is Not Kool 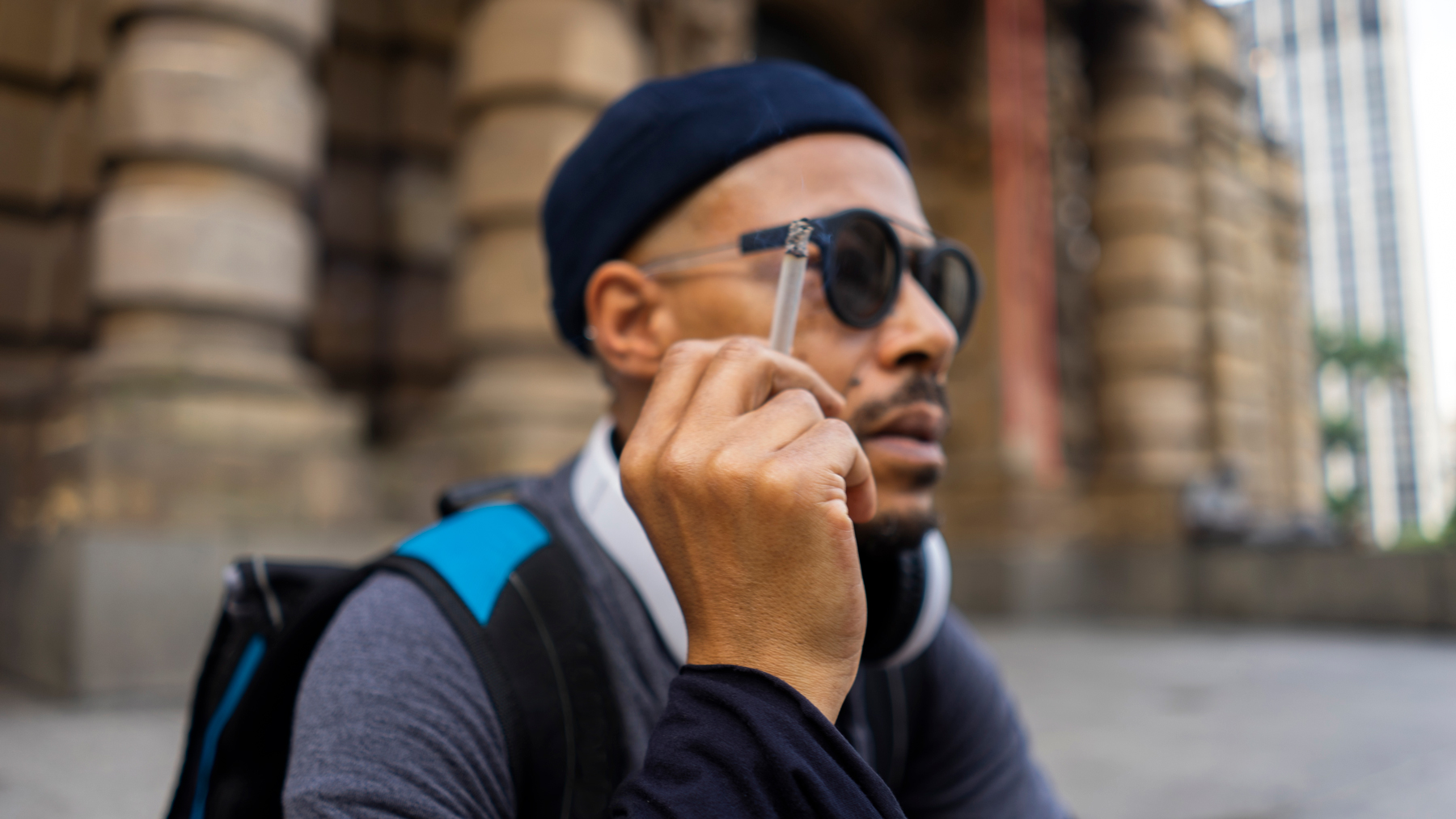 Earlier this month, the Biden administration’s Food and Drug Administration (FDA) published a proposed rule in the Federal Register that would outlaw menthol cigarettes and all flavored cigars. Banning these products “would help prevent children from becoming the next generation of smokers and help adult smokers quit,” said Health and Human Services Secretary Xavier Becerra in a press release. He went on to add that the move would “advance health equity by significantly reducing tobacco-related health disparities.” The ban does not cover menthol e-cigarettes.

In April 2021, after being successfully sued by several groups, including the African American Tobacco Control Leadership Council (AATCLC), Action on Smoking and Health (ASH), the National Medical Association (NMA), and the American Medical Association (AMA), the FDA announced that it would publish these proposed regulations within one year. Many of these ant-tobacco groups have received significant funding from former New York City mayor and 2016 Democratic presidential candidate Michael R. Bloomberg, who has personally committed nearly $1 billion to anti-tobacco efforts.

The FDA regulates the manufacture, import, packaging, labeling, advertising, promotion, sale, and distribution of cigarettes and cigars under 1938’s Federal Food, Drug, and Cosmetic Act (FD&C Act). In the intervening decades, a host of regulations and federal legislation has been enacted to expand governments’ authority over the use of tobacco, including a ban on all cigarette advertising on radio and television that began in 1971 (and after which, ironically, smoking increased).

In 2009, Congress passed The Family Smoking Prevention and Tobacco Control Act (TCA), which newly empowered the FDA (among other things, such as prohibiting the use of terms like “mild” or “light,” and regulating the amount of nicotine in products) to “ban use of candy, fruit and spice flavors (e.g. clove) in cigarettes” (basically all flavors) other than menthol. Although it was excluded, the FDA was then required to prepare a study on menthol.

According to the CDC, an estimated 30.8 million adults aged 18 years or older in the United States currently smoke cigarettes (or about 9% of the total population and 12% of the adult population) and sales of menthol cigarettes made up for a little more than one-third of all cigarette sales.

What are menthol cigarettes?

Menthol cigarettes are, quite simply, cigarettes flavored with menthol. Menthol is a naturally-occurring compound that is extracted from peppermint or other mint oils. Its addition to tobacco reduces the harshness of cigarette smoke. It was first used as a flavor in cigarettes in the 1920s, becoming more widespread in 1950s and 1960s.

Another study by Vanderbilt University that appeared last month in the Journal of the National Cancer Institute even went on to say that a ban on menthol cigarettes could actually increase lung cancer rates as data from Europe shows that the vast majority of menthol smokers tend to switch to non-menthol cigarettes rather than quit when a ban is enacted rather than quit. Similarly, a study by the FDA found a lower risk of lung cancer among menthol smokers.

And research finds that both white and black menthol users smoke fewer cigarettes per day.

Civil rights up in smoke?

Several high-profile African-American leaders, including the Rev. C.L. Stallworth, the Rev. Al Sharpton, Dr. Boise Kimber, and Benjamin Crump think the proposed ban on menthols is a bad idea; they believe that criminalizing menthol cigarettes will lead to the increased targeting of black people by law enforcement.

The American Civil Liberties Union and a coaltion of more than 25 civil rights organizations agree:

“At this pivotal moment, as the public demands an end to police violence erupting from minor offenses, we call on the Biden administration to rethink its approach and employ harm reduction strategies over a ban that will lead to criminalization,” said the group’s senior legislative counsel Aamra Ahmad. “As we approach the one-year anniversary of the murder of George Floyd — only a few years removed from the killing of Eric Garner, a Black man killed by NYPD for selling loose, untaxed cigarettes — the racially disparate impact of the criminal legal system has captured the nation’s attention. It is now clear that policies that amount to prohibition have serious racial justice implications.”

In an April 22 letter to the White House Office of Public Engagement, a group of nine members of Congress, including the former Chairman of the Congressional Black Caucus, Representative G.K. Butterfield of North Carolina (tobacco is our state’s third most valuable crop) echoes their concerns:

“With the banning of menthol cigarettes and flavored cigars would come the criminalization of menthol cigarettes and a large segment of the cigar category. A ban may lead to illegal and unlicensed distribution of these products in communities of color, where research has shown that over 80 percent of black smokers choose menthol tobacco products…”

And if all that weren’t enough, another bipartisan group of organizations — including the conservative Americans for Prosperity and Grover Norquist’s Americans for Tax Reform — put it most succinctly in an April 5th letter:

“Banning the legal sale of menthol cigarettes through licensed businesses will lead to illegal, unlicensed distribution in communities of color, trigger criminal laws in all 50 states, increase the incidence of negative interactions with police, and ultimately increase incarceration rates. There are far better solutions for reducing menthol cigarette use than criminalizing these products and turning the whole issue over to the police.”

Columnist Eleanor Clift asks “In the era of Black Lives Matter, does the Biden administration really want to take on prominent activists like Al Sharpton and Ben Crump—and make lives potentially harder for Black men, all because the government says it’s in their best interest?

The Butterfield letter to the White House says that “economic impact of such a rule (the ban of menthol cigarettes) would be significant, with legal businesses losing out to illegal sellers, employees losing jobs, and government losing billions of dollars in excise tax revenue. A ban on menthol cigarettes would entail a ban of 36% of national cigarette sales – totaling $28.3 billion and putting $14.8 billion in government revenue at risk annually ($3.8 billion federal government/$11 billion state government).”

The argument for the loss of government revenue centers around the fact that tobacco products are taxed at a relatively high rate (although North Carolina has the third-lowest cigarette excise tax in the nation at 45¢ per pack).

Consumers also have ways around a ban on menthol cigarettes, including the application of menthol flavor drops and the use of menthol flavor cards. “These products can easily add menthol flavour by either placing the card or drops with the tobacco or in the package as a way of circumventing the ban,” writes Michael Chaiton, Director of Research at the Ontario Tobacco Research Unit at Canada’s Centre of Addiction and Mental Health.

On the whole, cigarette smoking has declined precipitously since 1965, the year after the Surgeon General’s report on smoking and health was published, when the Department of Agriculture estimated the total cigarette output to be at 562 billion units (or “sticks”). According to the Federal Trade Commission’s most recent Annual Cigarette Report, the total number of all cigarettes sold by major manufacturers in 2020 came in at 203.7 billion sticks, down about two-thirds in the last 50 years, although a slight uptick from the previous year (attributed to the pandemic) and the only increase in the past 20 years.

The proposed menthol ban on cigarettes is also not very popular. An Echelon Insights poll of voters in Georgia, Nevada, and North Carolina found that banning menthols is opposed by roughly 52% of voters in those three states, while only 30% support a ban. “Opposition to this ban centers around the fact that voters do not believe a ban would be effective, it would spawn an illicit market, and should not be a major priority given all other crises going on,” the poll concluded.

Public comments, which may be submitted in written form or electronically, will be open until 11:59 pm on July 5. The FDA also will hold public listening sessions on June 13 and 15 to engage directly with the public.

It is expected that the agency will review this input and make any changes to the proposed regulations before the change becomes official and is finalized; the proposed menthol ban would then take effect one year after the final version is published.