The State of the State is Pretty Darn Great 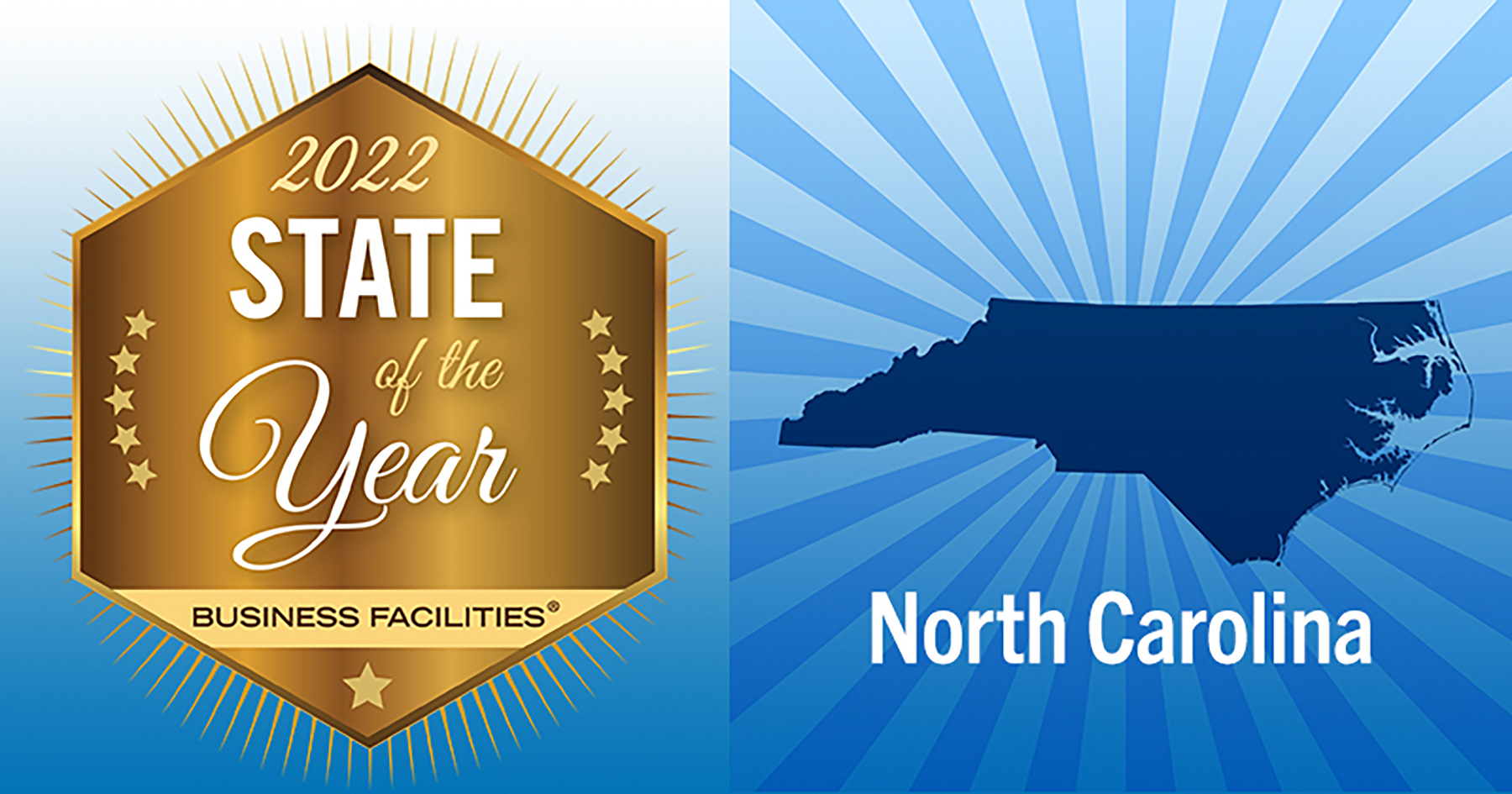 A new year, another win for the Old North State. After a record number of new jobs and capital investments, Business Facilities has named North Carolina its “State of the Year” for 2022. The magazine is a leading publication specializing in executive recruiting and business site selection, targeted to economic development professionals. It is the second time in as many years we have taken the top spot; in August of 2022, North Carolina was also ranked #1 on the magazine’s 18th Annual Rankings Report for business climate.

“A succinct regional economic development strategy in recent years has propelled North Carolina, and 2022 was another banner year for the state in capital investment and jobs creation,” said Business Facilities Editorial Director Anne Cosgrove. “Paired with world-class education and R&D resources, the support of incentives and programs from organizations at all levels for a variety of industries, including high-growth sectors such as electric vehicles, made the state our choice for top recognition this year.”

With a pro-business, fiscally conservative majority firmly in charge of the General Assembly, North Carolina has been no stranger to business-related accolades. Both CNBC and Site Selection named North Carolina their number-one business-friendly states just last year (after tying with Georgia for its top spot in 2020).