This post will look at the impact of COVID-19, public education in North Carolina, and various other hot-button issues including election security, Voter ID, the border wall, and defunding the police.

The Impact of COVID-19

Respondents were asked the following question: “If you had to pick only one, would you say the Coronavirus here in North Carolina has created more of a health crisis or an economic crisis?”

There is a clear divide between Democratic primary voters and Republican primary voters when it comes to their characterizations of COVID-19 — in fact, there is an almost complete inversion in perception between the two groups. 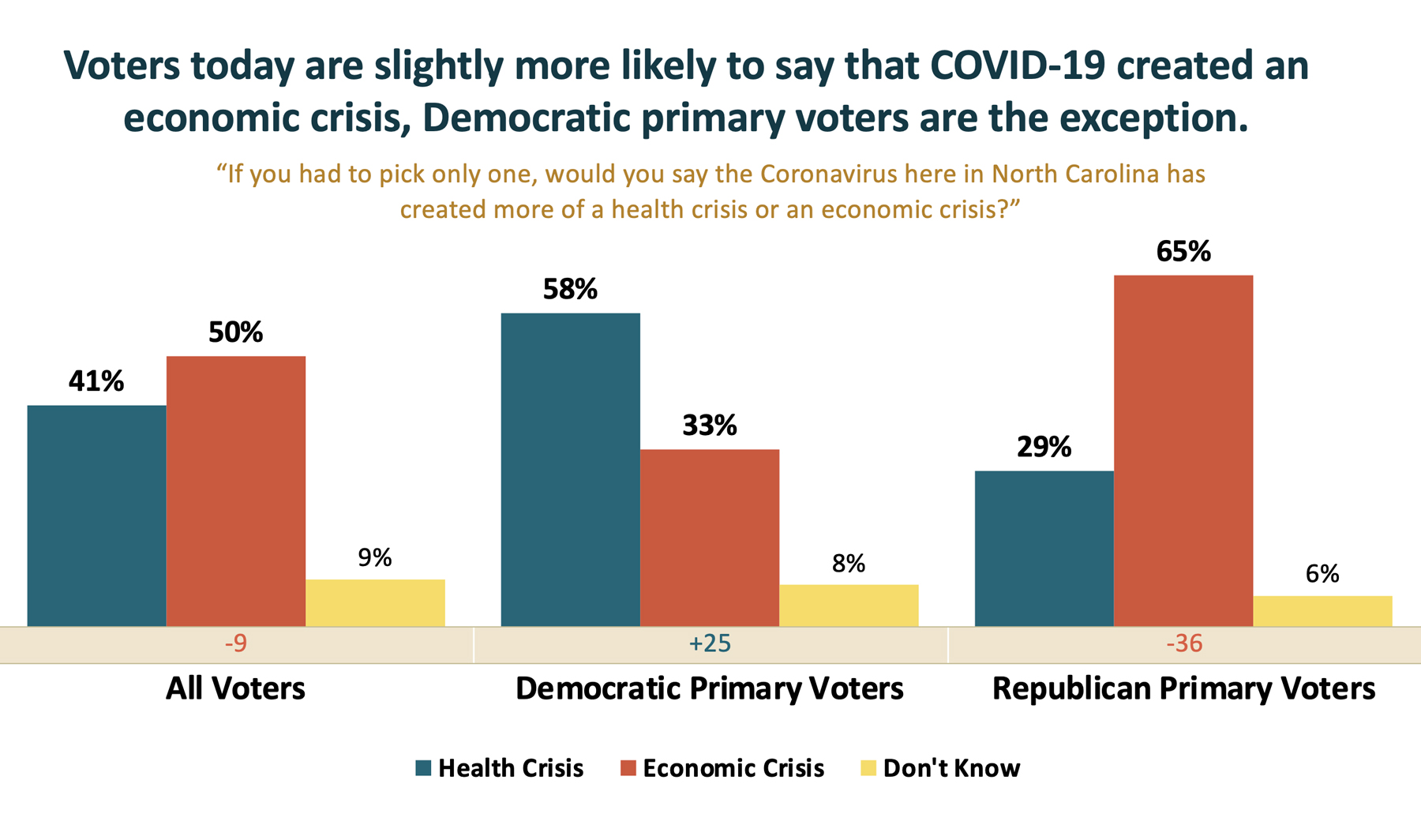 Mirroring this partisan divide, by a 6 to 3 vote last week, the U.S. Supreme Court issued a stay of President Biden’s vaccine and testing requirement on business with 100 more employees (with the three liberal justices — Breyer, Kagan, and Sotomayor — dissenting) saying that the federal agency promulgating the mandate, OSHA, had exceeded its authority to regulate safety in the workplace. The mandate would have affected an estimated 84 million workers.

The larger group of all voters (which include Democrats, Republicans, and Unaffiliated voters) are more evenly split, with 48% saying that they agree with the vaccination requirement on business with 100 more employees and 45% disagreeing with it. 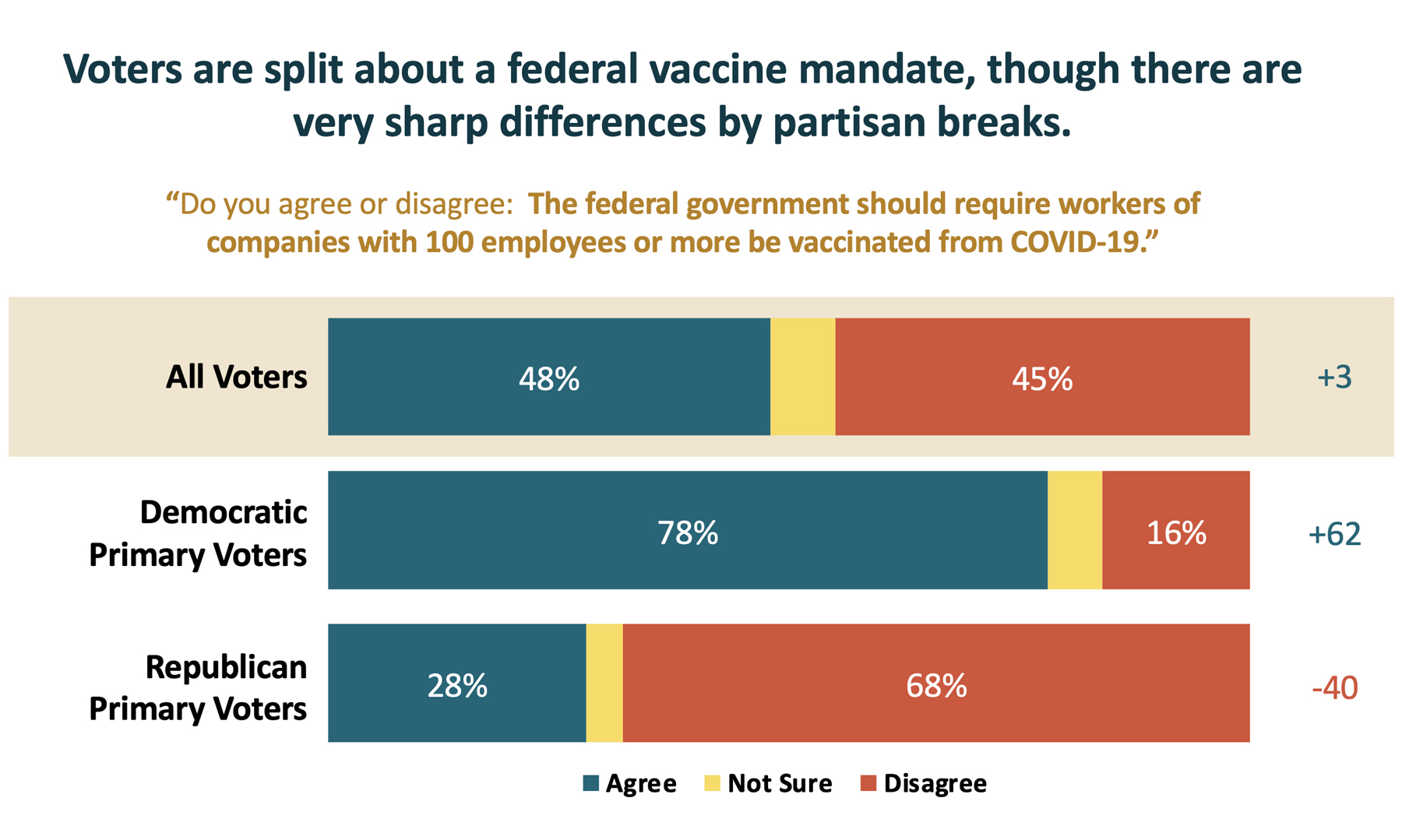 When respondents were asked if they agreed or disagreed with allowing employers to fire employees who choose to not get (or refuse) the COVID-19 vaccine, most of North Carolina’s voters (52%) disagreed while 39% agreed and 9% were unsure. 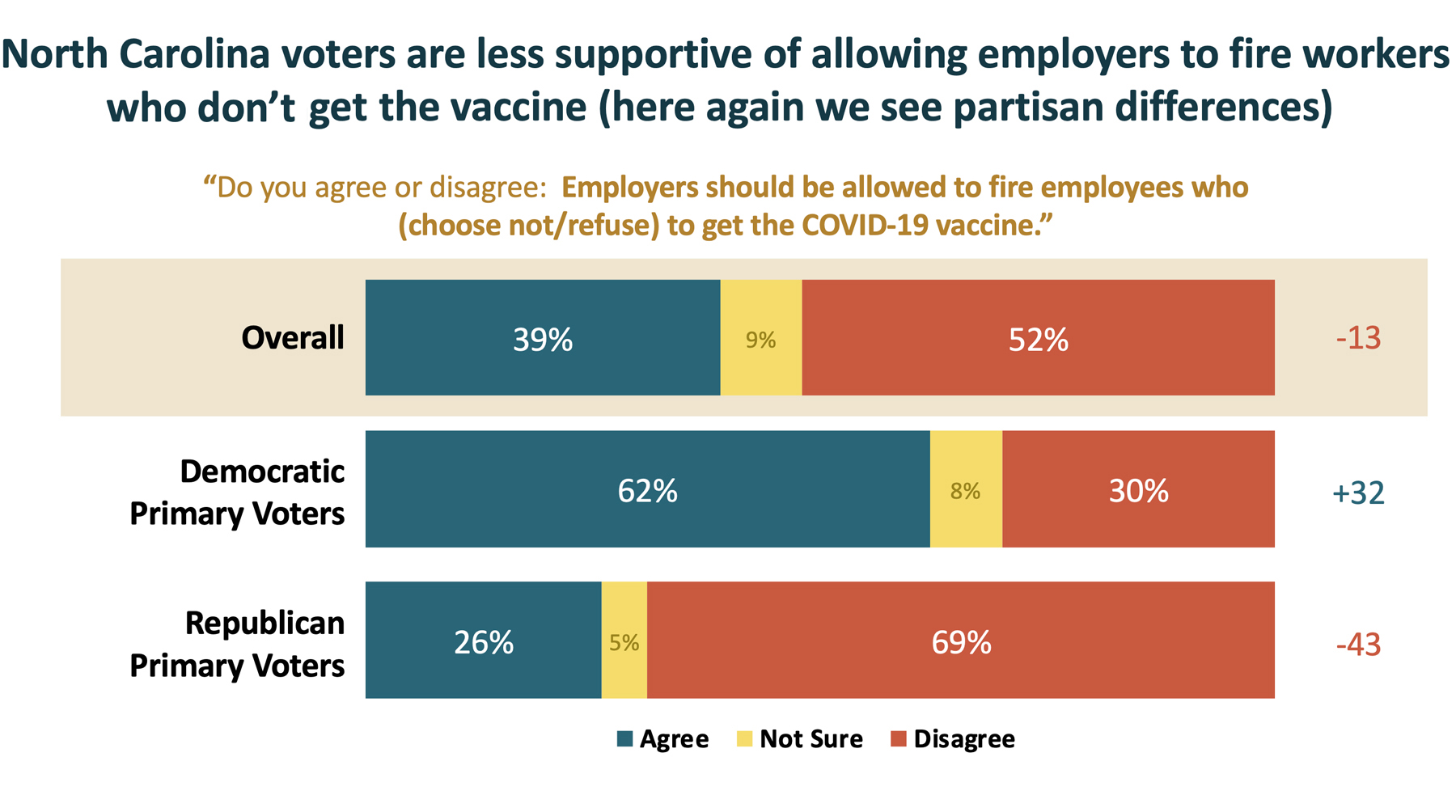 Among Democratic primary voters, 83% agree with government mandates requiring children to wear masks in school, while just 11% oppose them. Curiously, a larger percentage of “Biden Democrats” (92%) support school mask mandates than does the Sanders/Warren wing of Democratic primary voters (80%). (As noted in our prior posts, among North Carolina’s Democratic primary voters, 60% characterized themselves as ideologically more supportive of President Joe Biden and his agenda as compared to 28% who considered themselves more ideologically aligned with progressive Senators Bernie Sanders of Vermont and Elizabeth Warren of Massachusetts. 12% said they supported neither faction or were not sure.)

(Editor’s note: The most recent guidance from the Centers for Disease Control and Prevention (CDC) recommends universal indoor masking for all teachers, staff, students, and visitors to K-12 schools, regardless of vaccination status.) 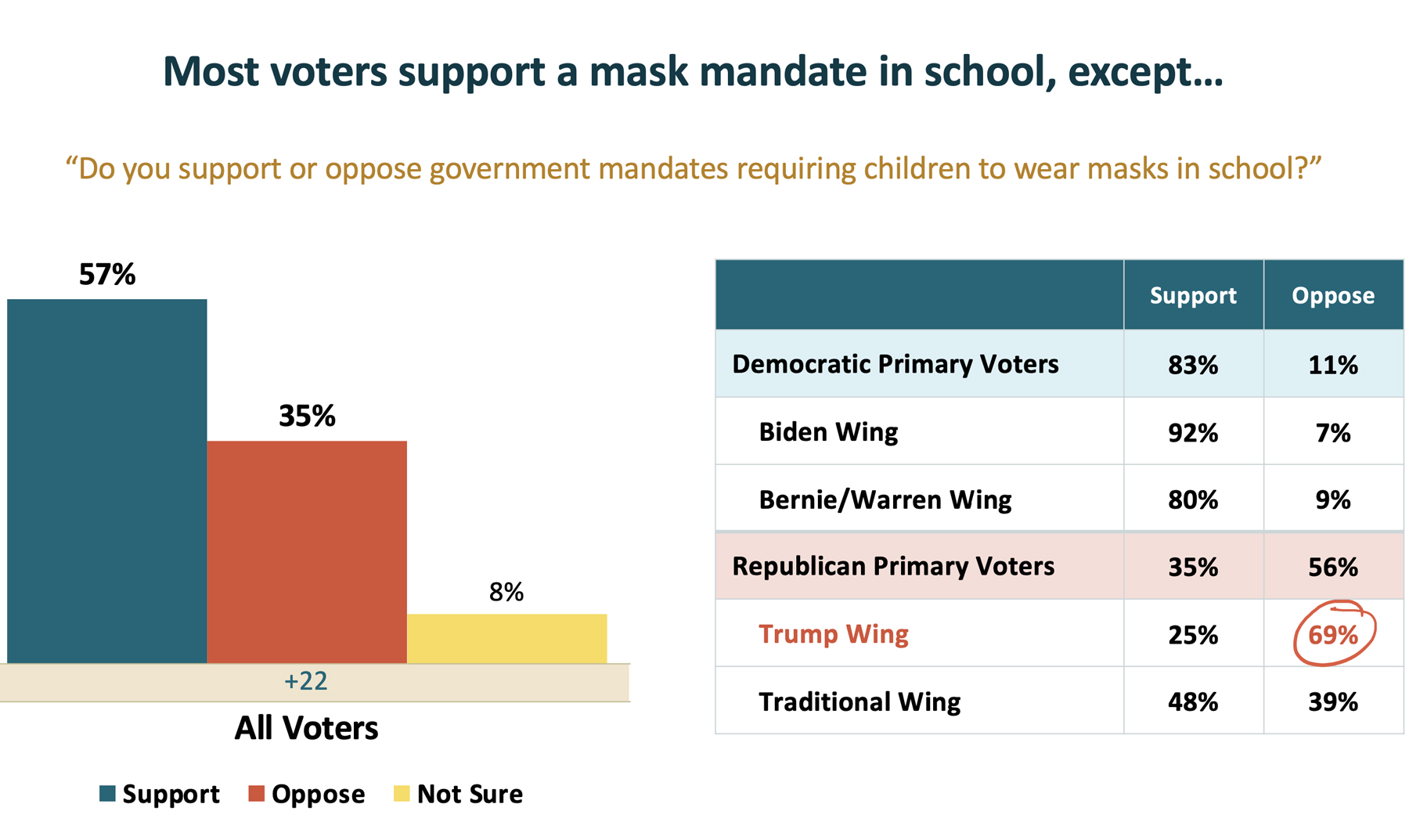 North Carolina voters are evenly divided on the question of vaccine mandates for school children, however. Among a sampling of all voters, 47% agreed that public schools should require children to get the COVID-19 vaccine before being allowed to attend in-person classes while 46% disagreed (7% were not sure).

And, perhaps not unsurprisingly, the percentage of Trump Republicans who oppose requiring children to get the COVID-19 vaccine before being allowed to attend in-person classes is much higher (76%) than their counterparts in the traditional Republican wing (53%). 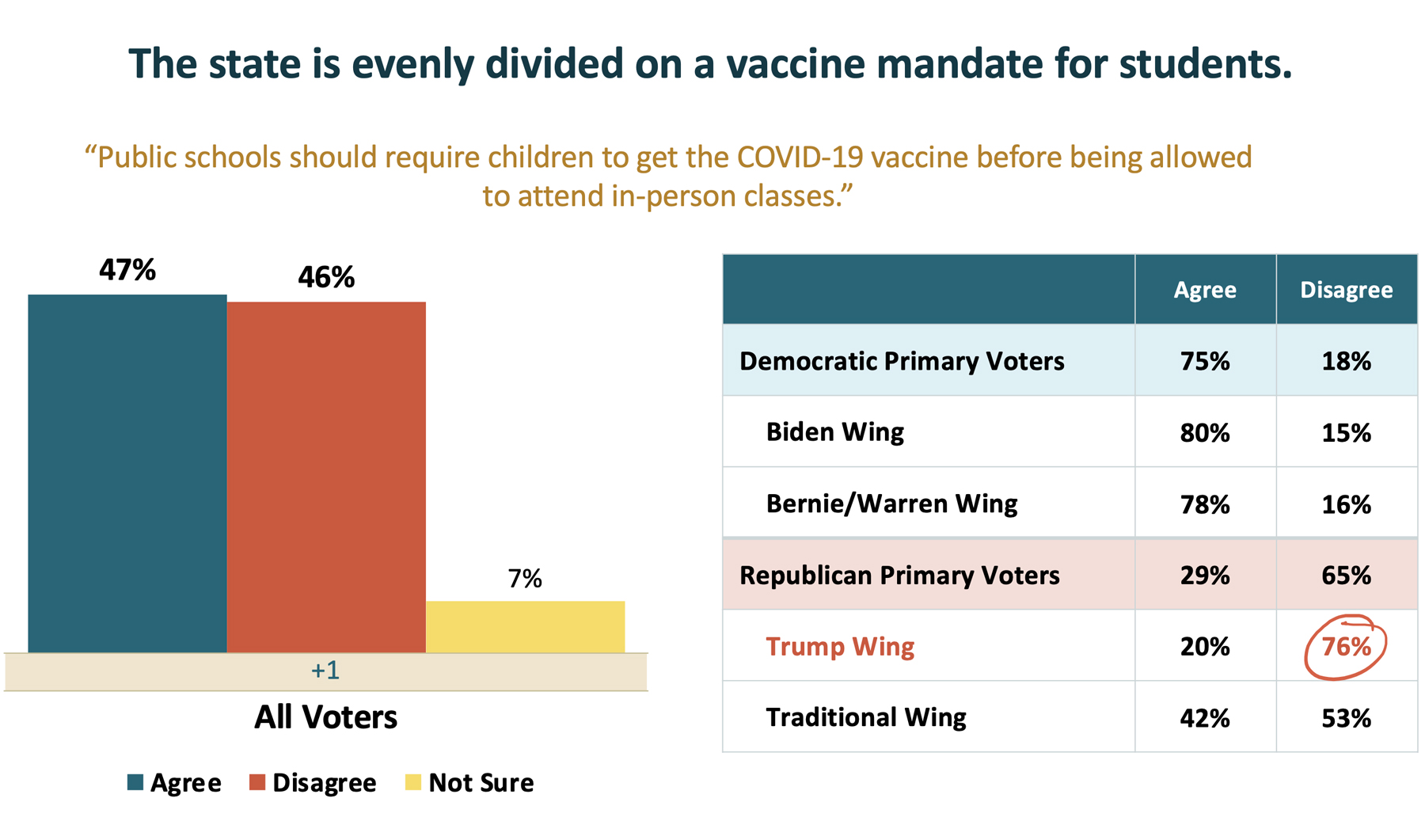 Respondents were asked the following question: “Generally speaking, over the last two years, would you say you have become more satisfied or less satisfied with the job North Carolina’s public schools are doing educating our children?”

For some context, North Carolina’s K-12 public schools were closed, by executive order from Governor Cooper, for in-person instruction from March 15 to the end of the 2019-2020 school year. Although schools were allowed to reopen at the start of the 2020-2021 school year, most schools began the term with virtual or hybrid learning. For the remainder of the 2020-2021 school year, North Carolina’s K-12 public education scored a 51 rating, according to Burbio’s K-12 School Opening Tracker. The data analysis firm ranked all 50 states from 0 to 100 on its Average In-Person Index by State, with 0 being 100% virtual learning and 100 being 100% in-person instruction (see the “2020/2021 School Year in Review” chart on the K-12 School Opening Tracker). More on Burbio’s methodology here. For the most part, schools returned for in-person learning in the current (2021-2022) school year.

In response to the question, nearly half of all North Carolina voters (49%) said they were less satisfied with the state’s public schools, including a plurality of Democratic primary voters (38%) and most Republicans (61%). 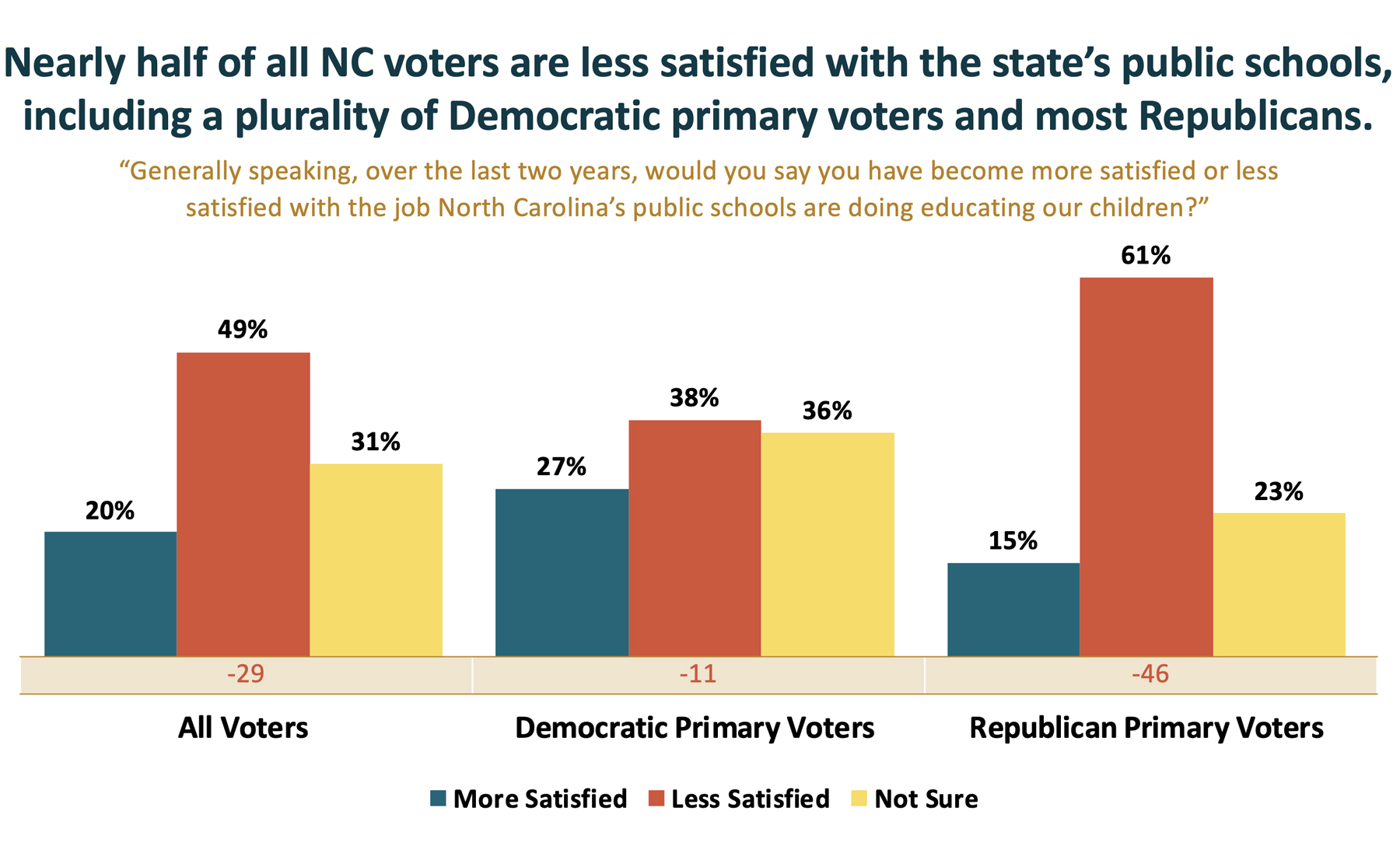 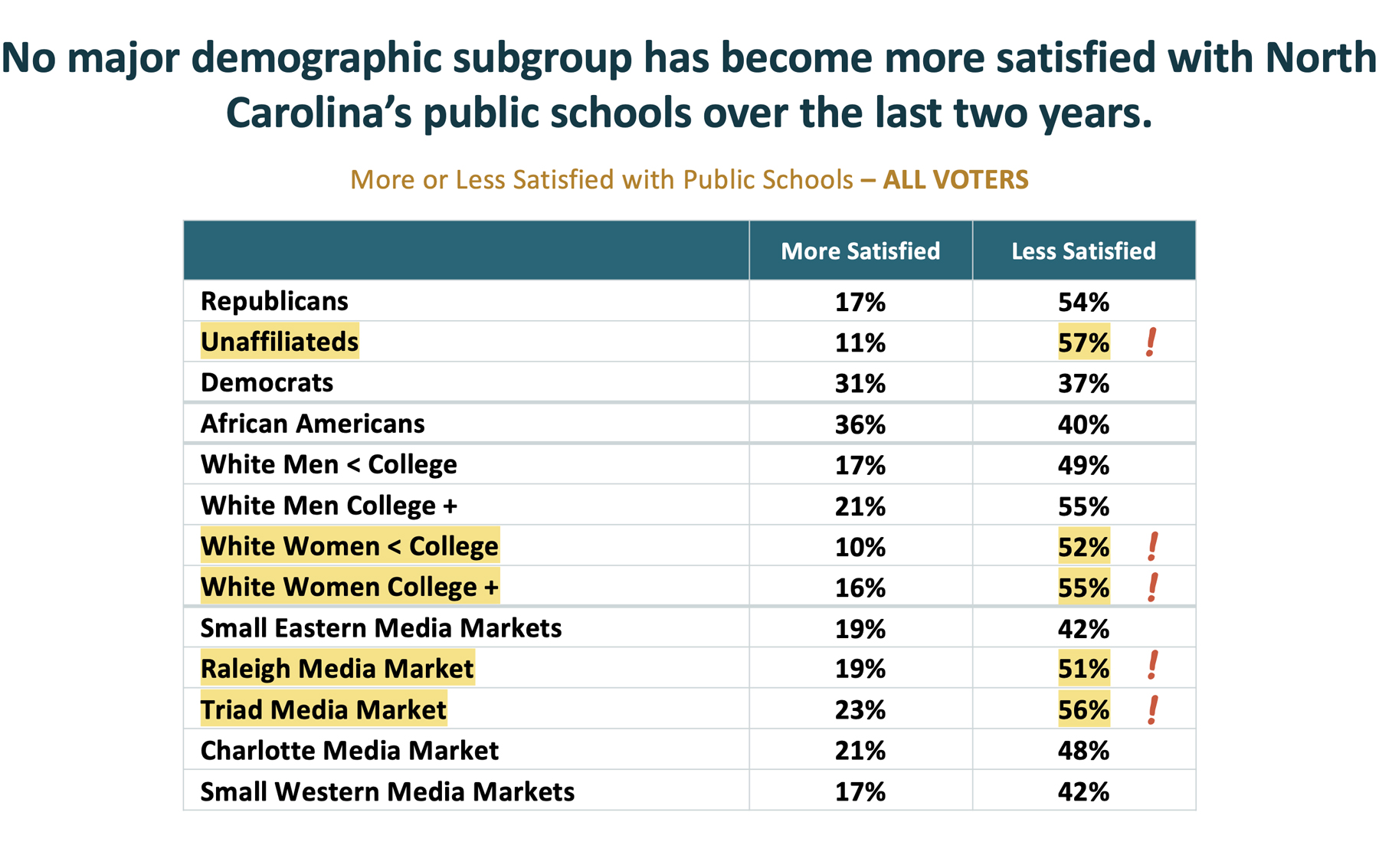 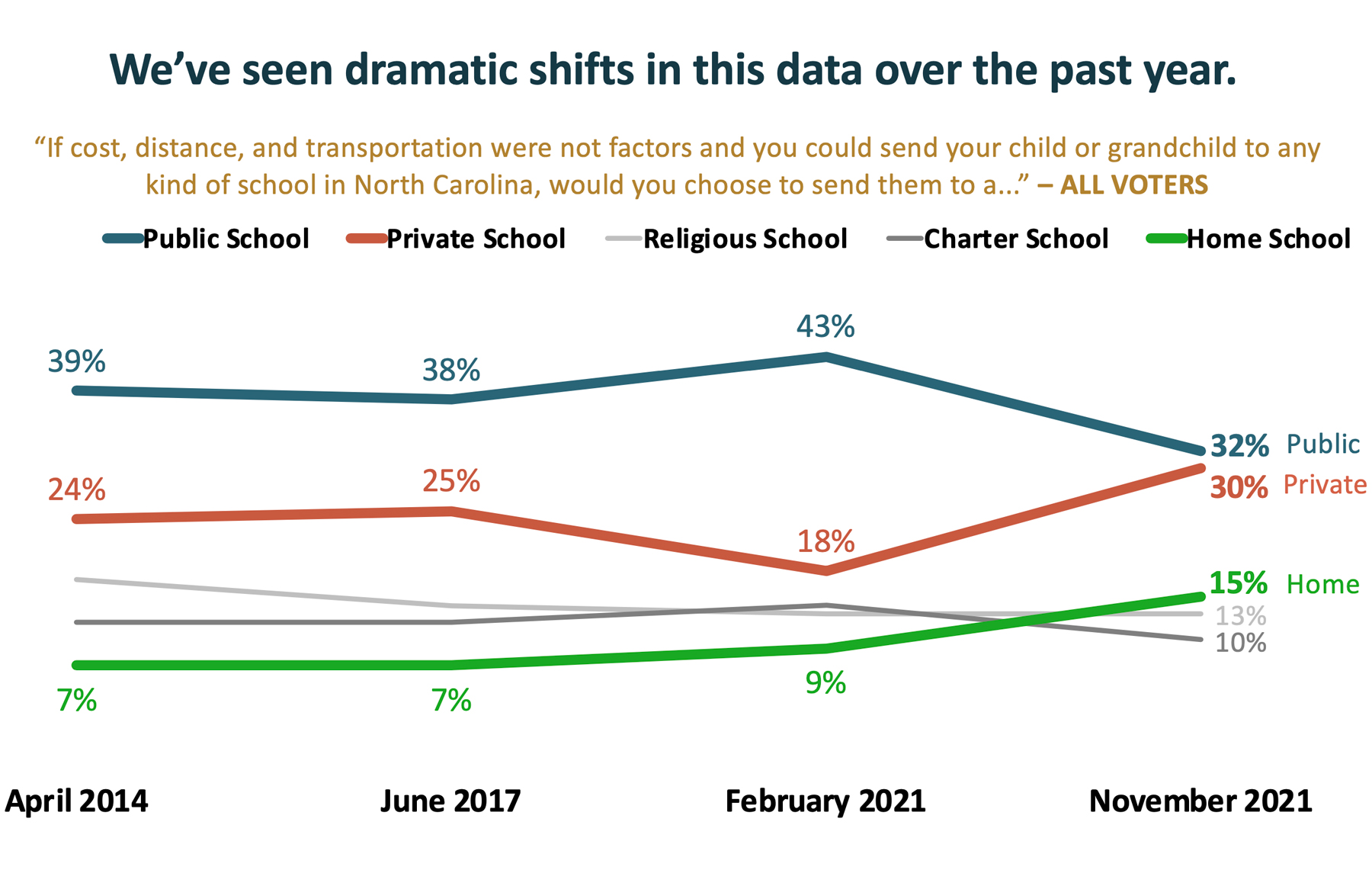 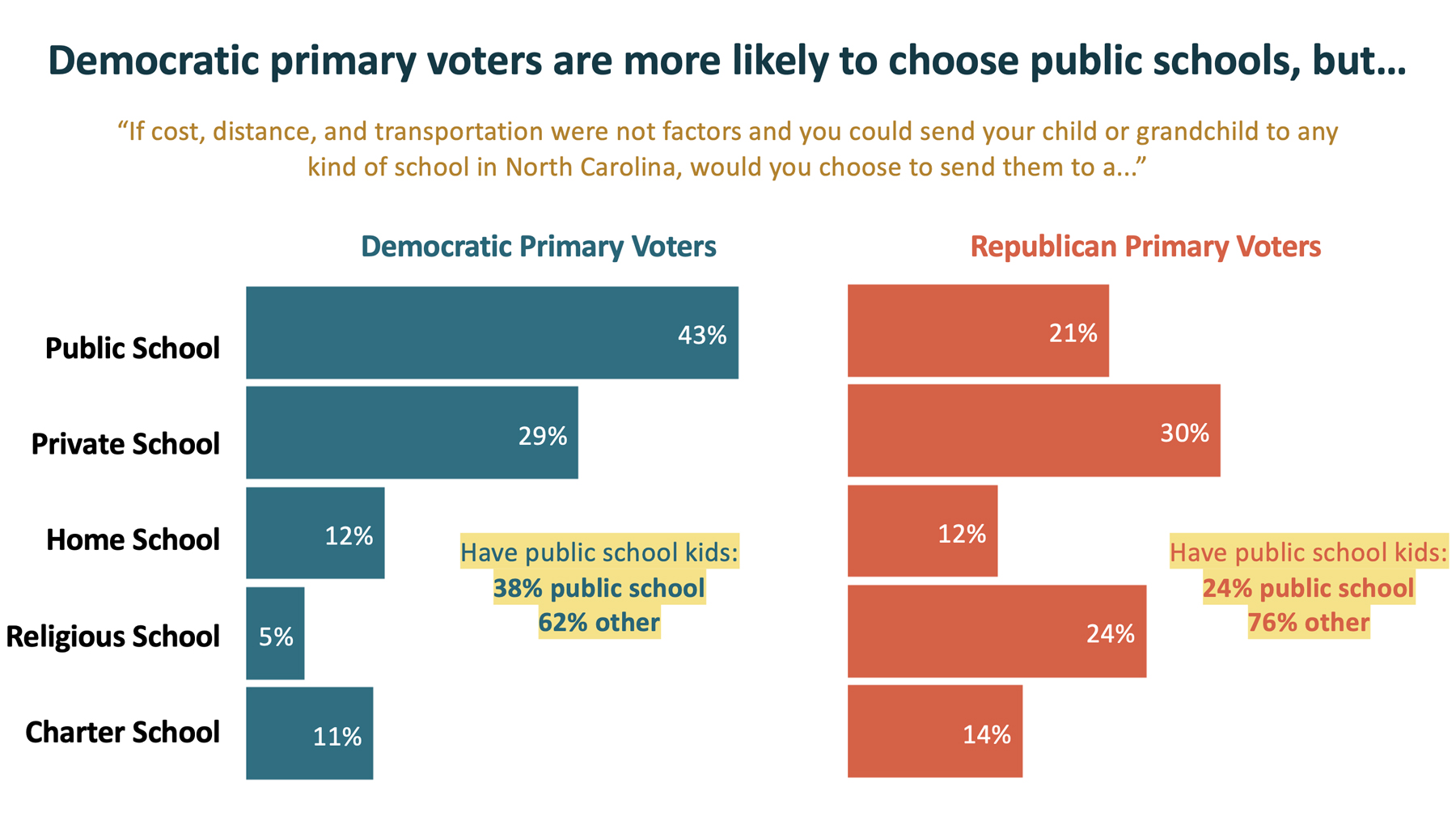 North Carolina’s Opportunity Scholarship program remains extremely popular. Opportunity Scholarships (colloquially referred to as “vouchers”) are income-based grants for eligible children in kindergarten through the 12th grade. When asked if they support or oppose these grants, 62% said they support them (this includes 60% of Democratic primary voters and 65% of Republican primary voters) and 26% said they oppose them. 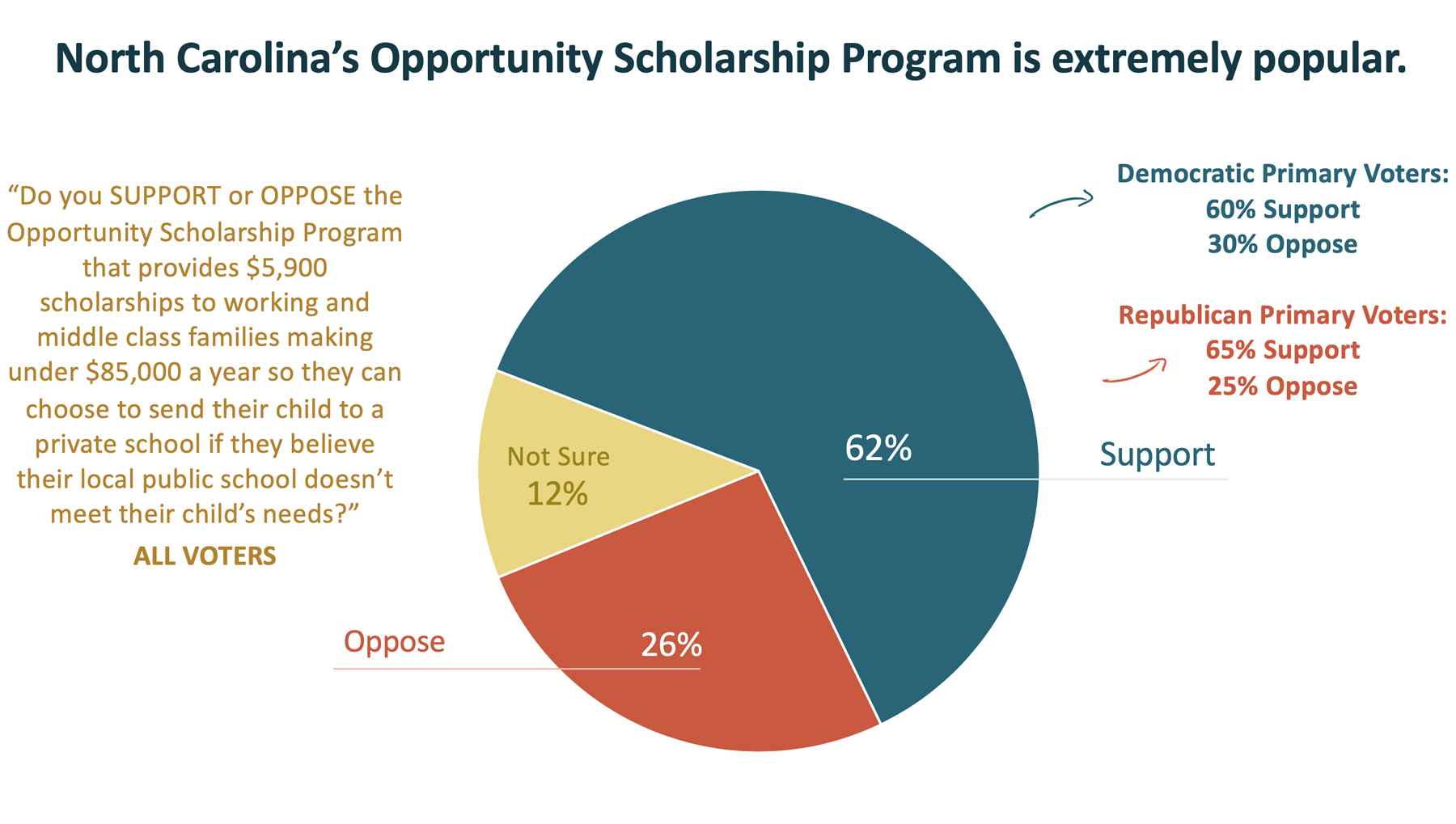 The popularity of the Opportunity Scholarship program in North Carolina has increased over the last six years — with a ten point jump since 2015. Even Governor Cooper, a Democrat who has consistently opposed Opportunity Scholarships in the past, seems to be coming around. For the first time in his five years as governor, Cooper has recognized School Choice Week in North Carolina. 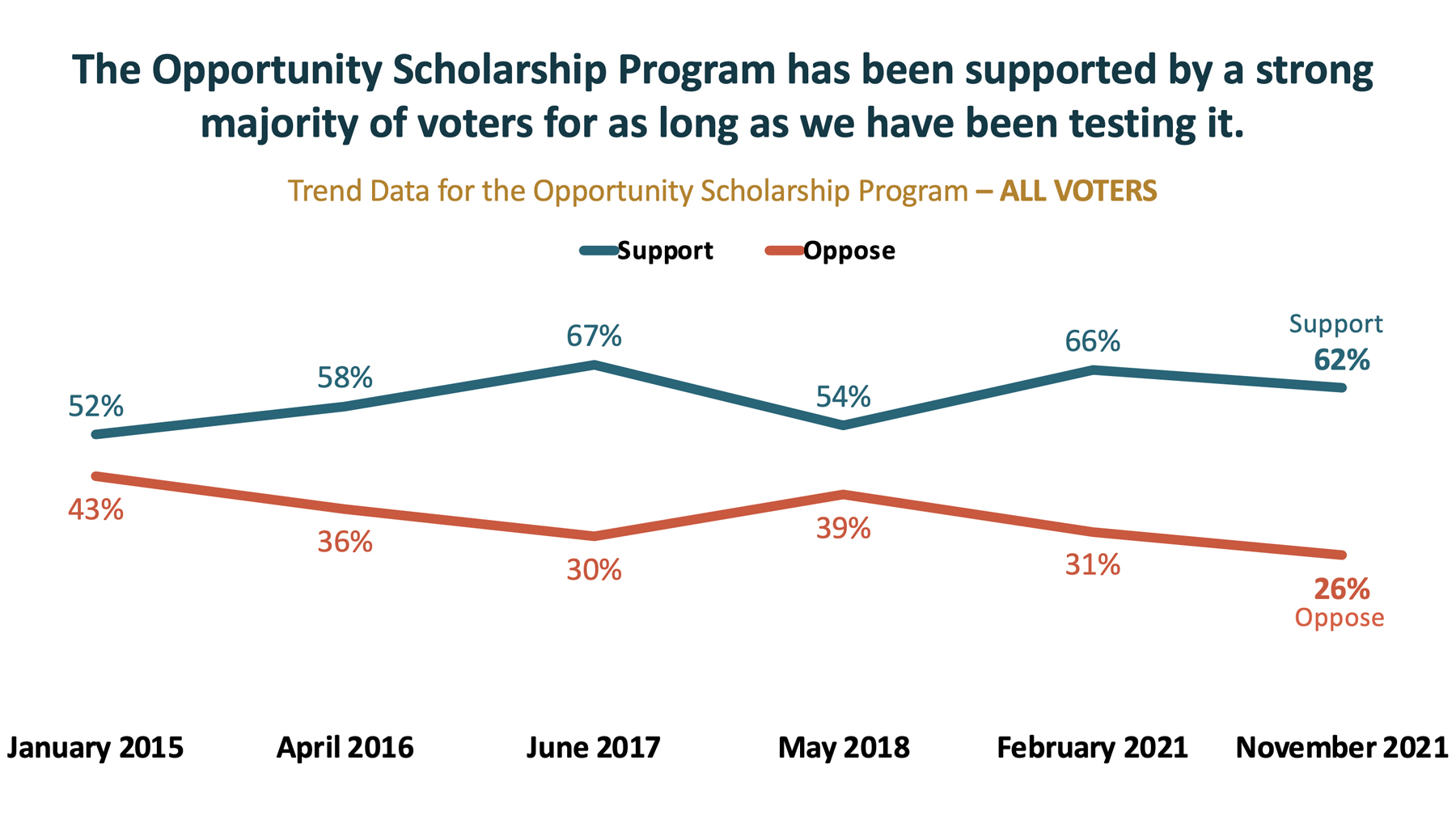 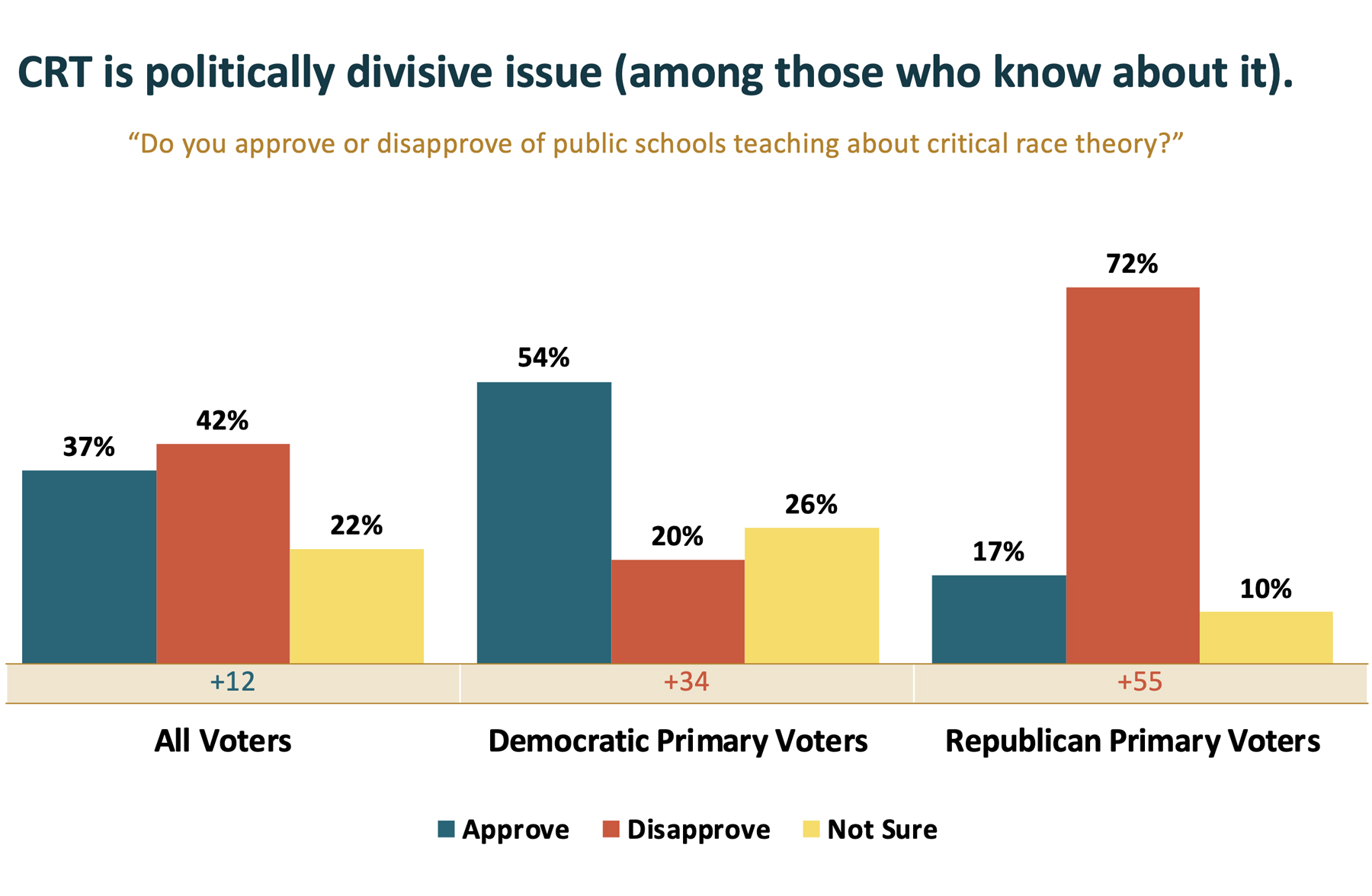 While most of North Carolina’s voters are confident that this year’s mid-term elections will be conducted fairly, a majority of Trump voters (59%) are not. (Editor’s note: our poll was conducted prior to President Joe Biden’s remarks at a press conference on January 19, where he appeared to cast doubt on the 2022 election.) 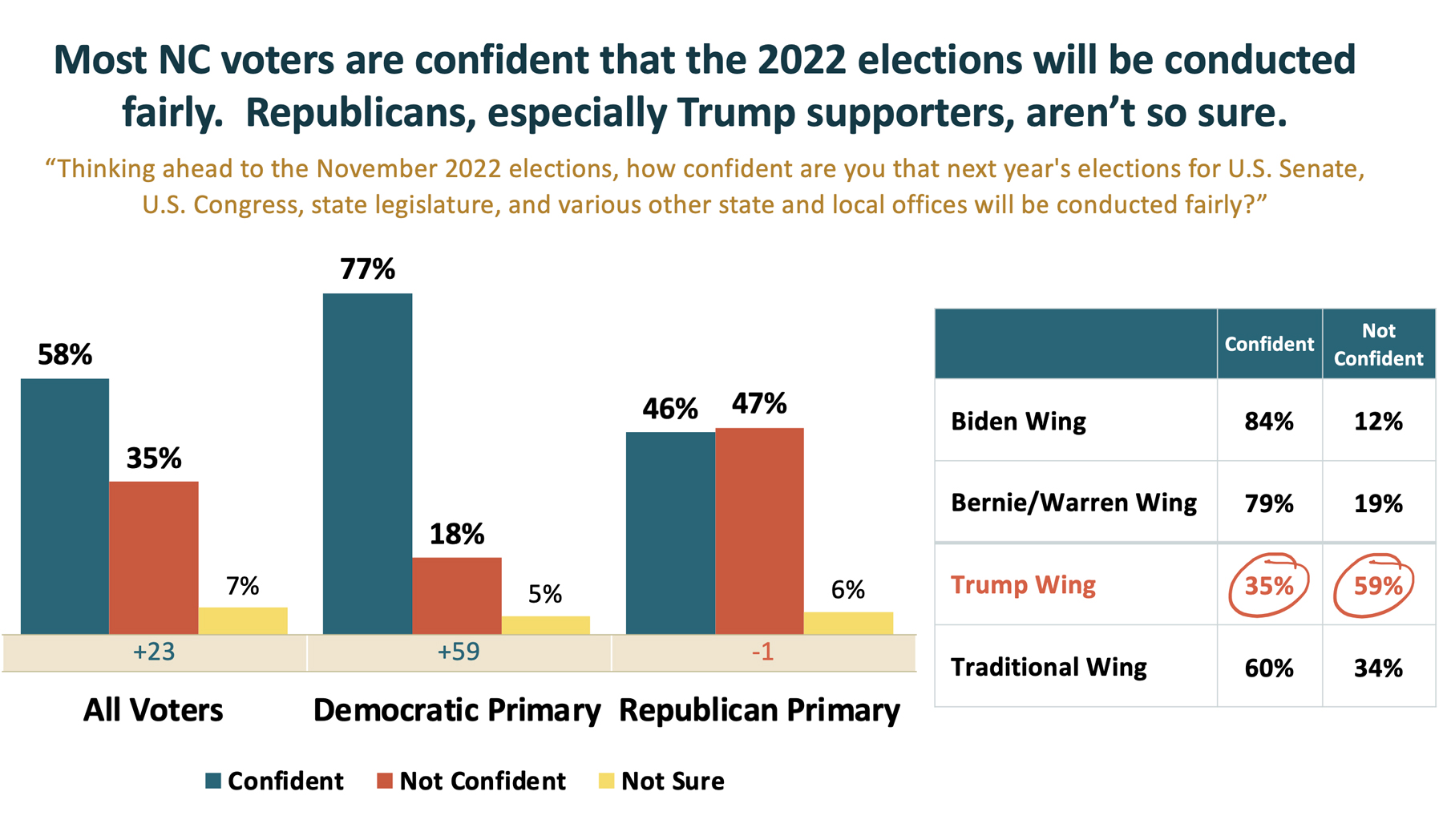 Support for Voter ID has risen substantially since February 2021, with 79% of all voters saying they support requiring a photo identification to vote. 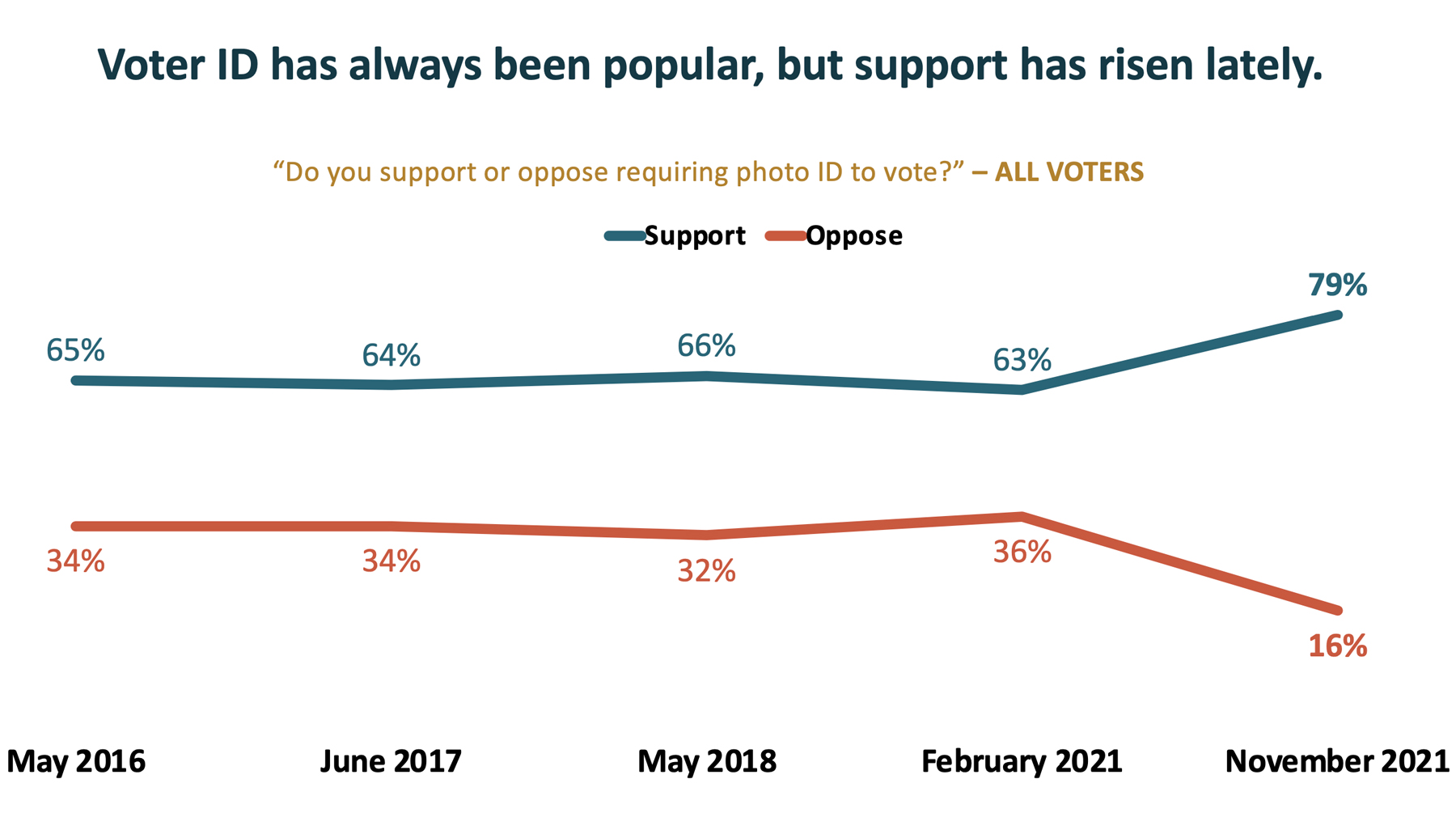 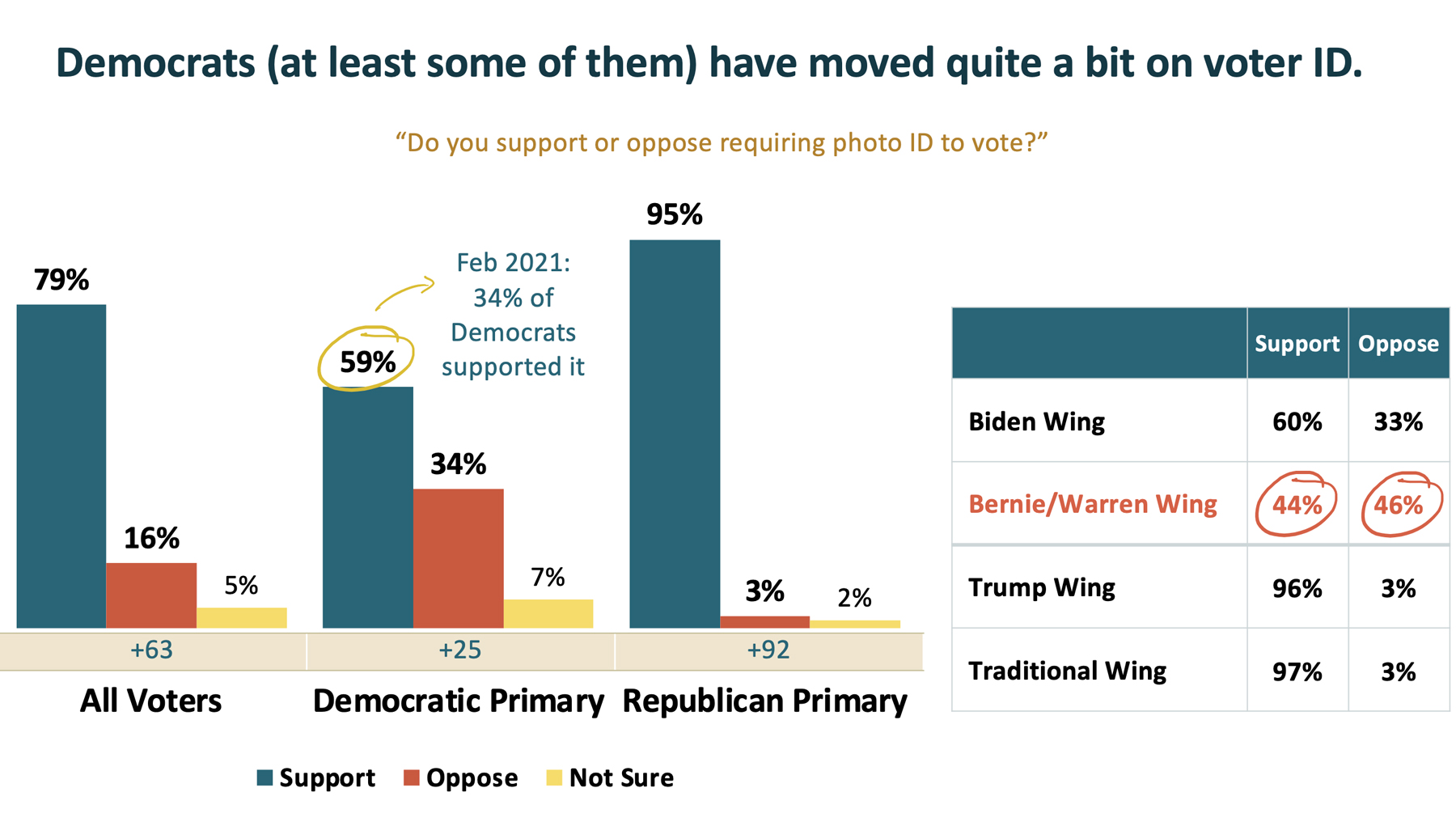 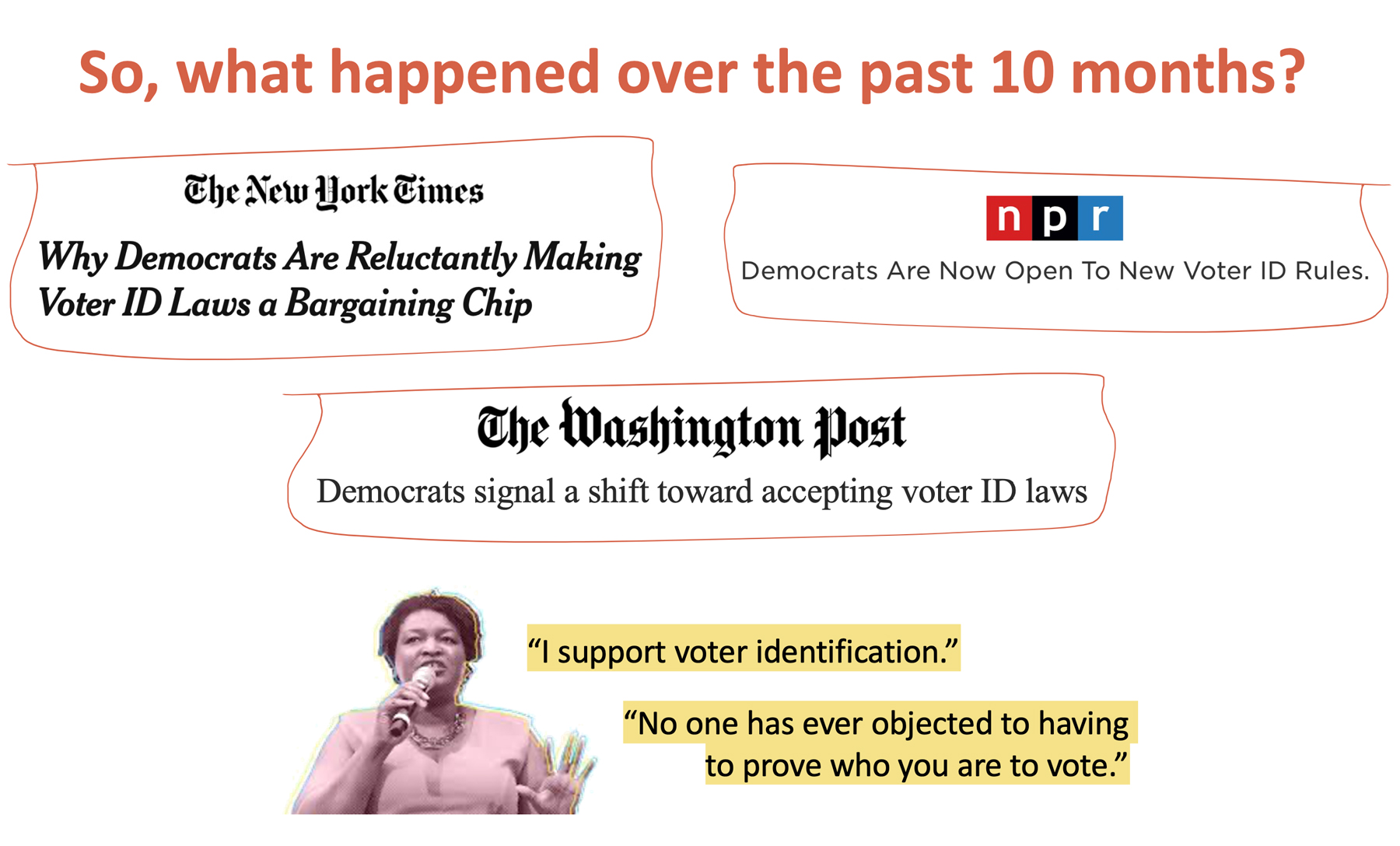 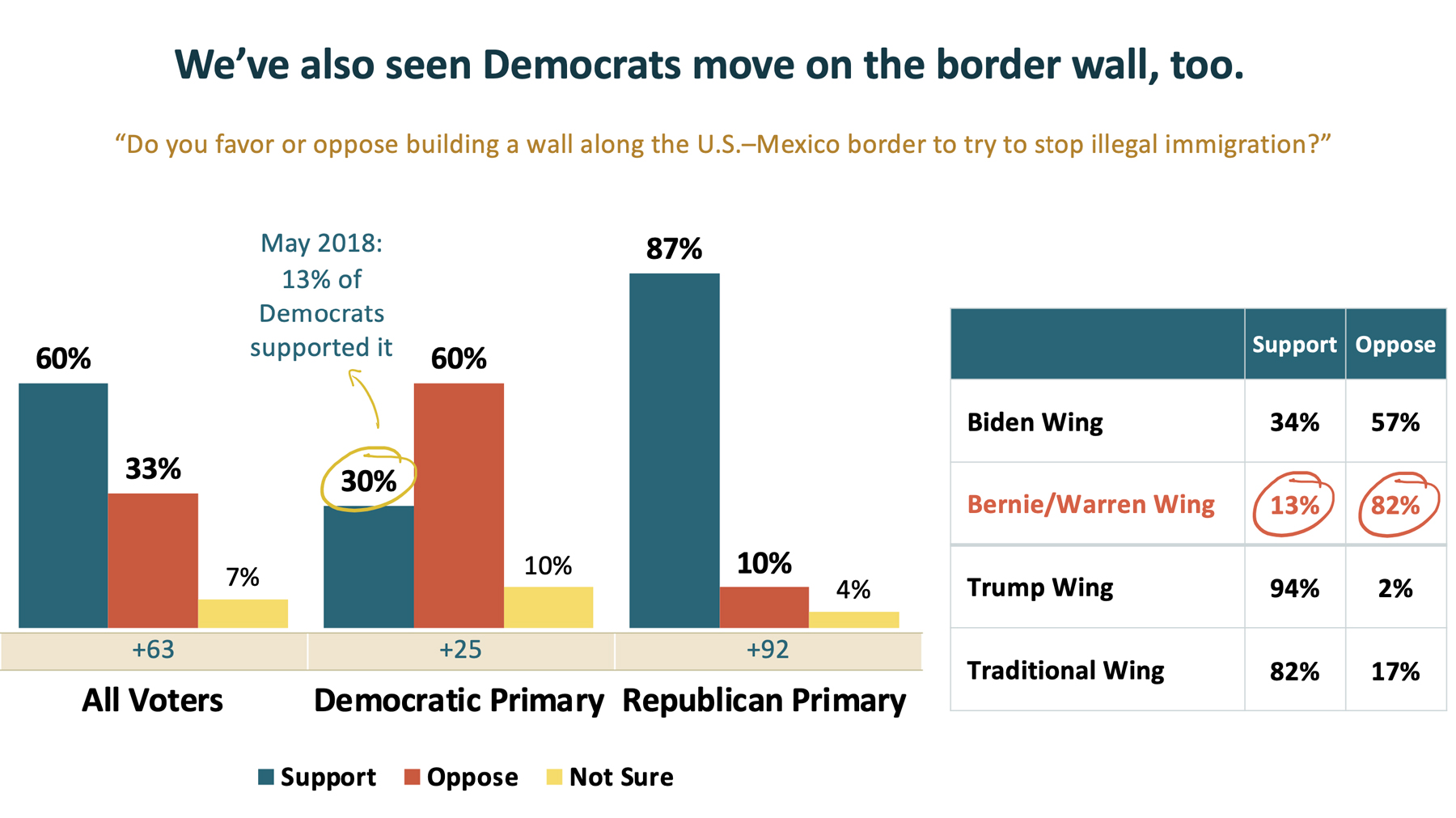 Defunding the police remains a deeply unpopular idea, except among the Sanders-Warren wing of the Democratic primary electorate. Strong majorities of all voters (63%), Democratic primary voters (55%), and Republican primary voters (78%) oppose initiatives that defund local police departments. Just 42% of self-identified Sanders-Warren Democrats oppose defunding the police, while 49% support it. 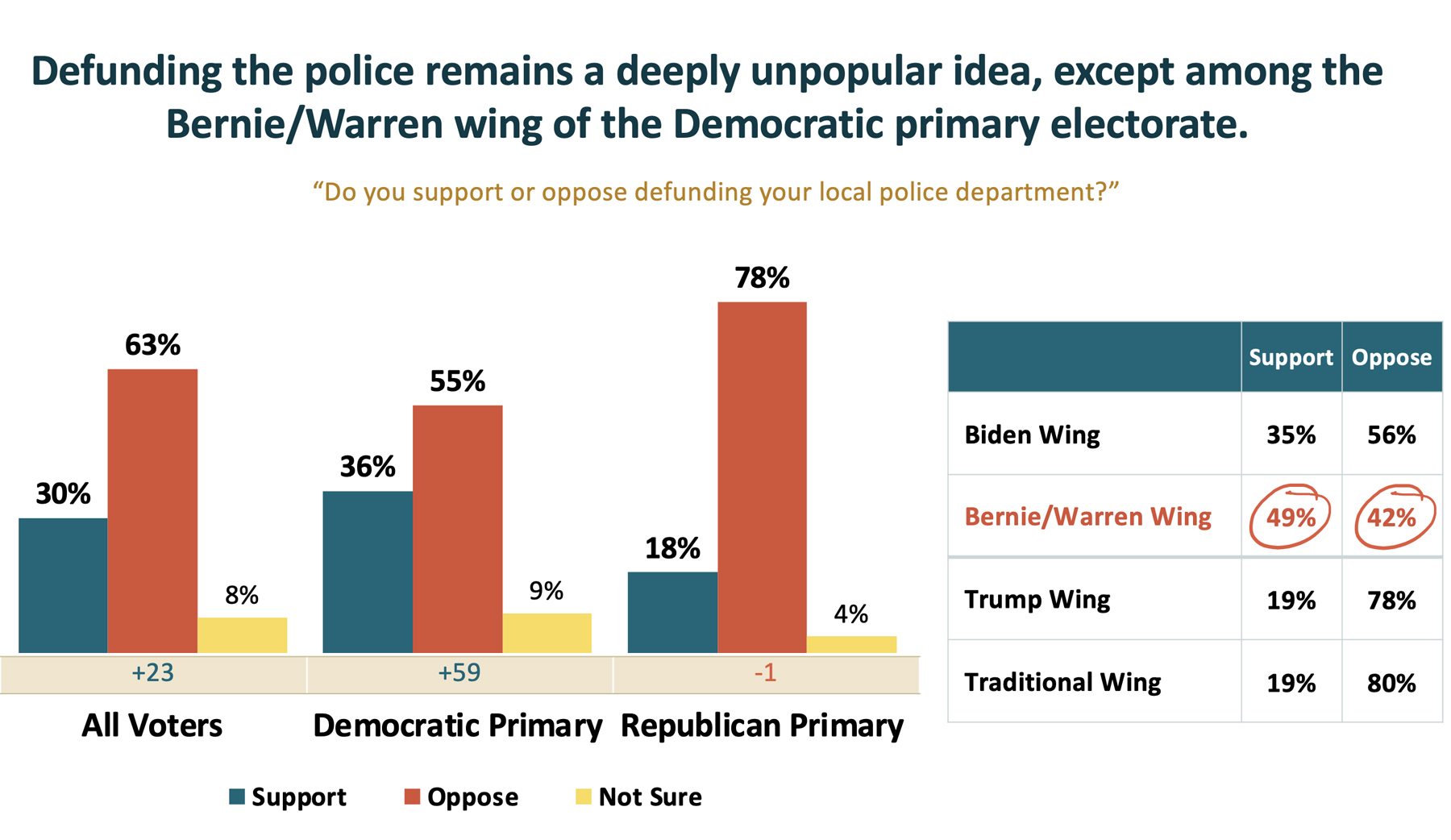 And while a majority of Democratic primary voters do oppose defunding the police, strong majorities of male African American Democrats and Democrats aged 18 to 44 support efforts to defund local police departments. 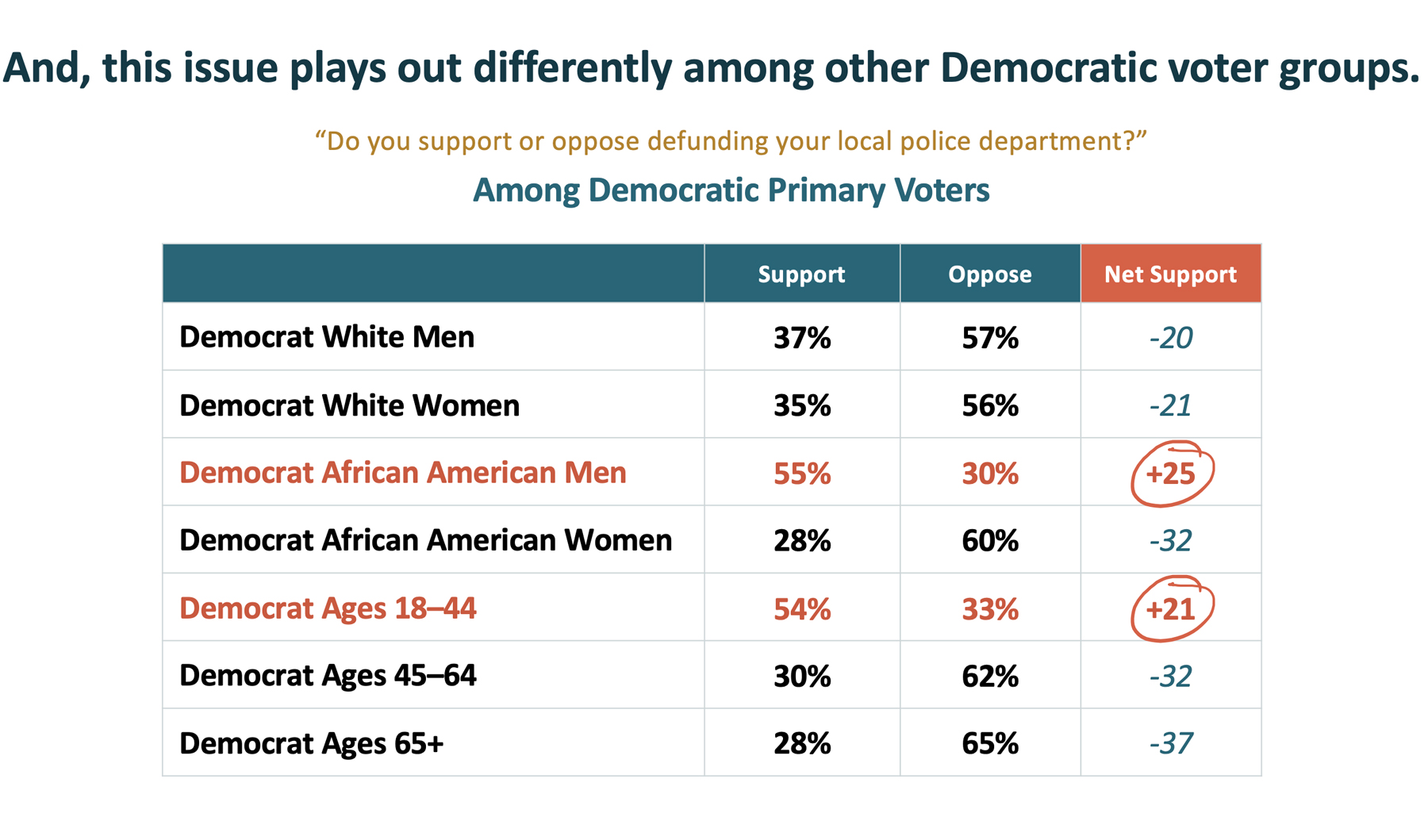