North Carolina ranks eleventh among the 50 states for “economic freedom,” according to the Fraser Institute, a non-partisan and highly-respected Canadian think tank. Included alongside its 25th annual “Economic Freedom of the World,” widely considered the world’s foremost measurement of economic freedom, is the sixteenth annual “Economic Freedom of North America,” which ranks the component states and provinces of the United States, Mexico, and Canada, respectively. 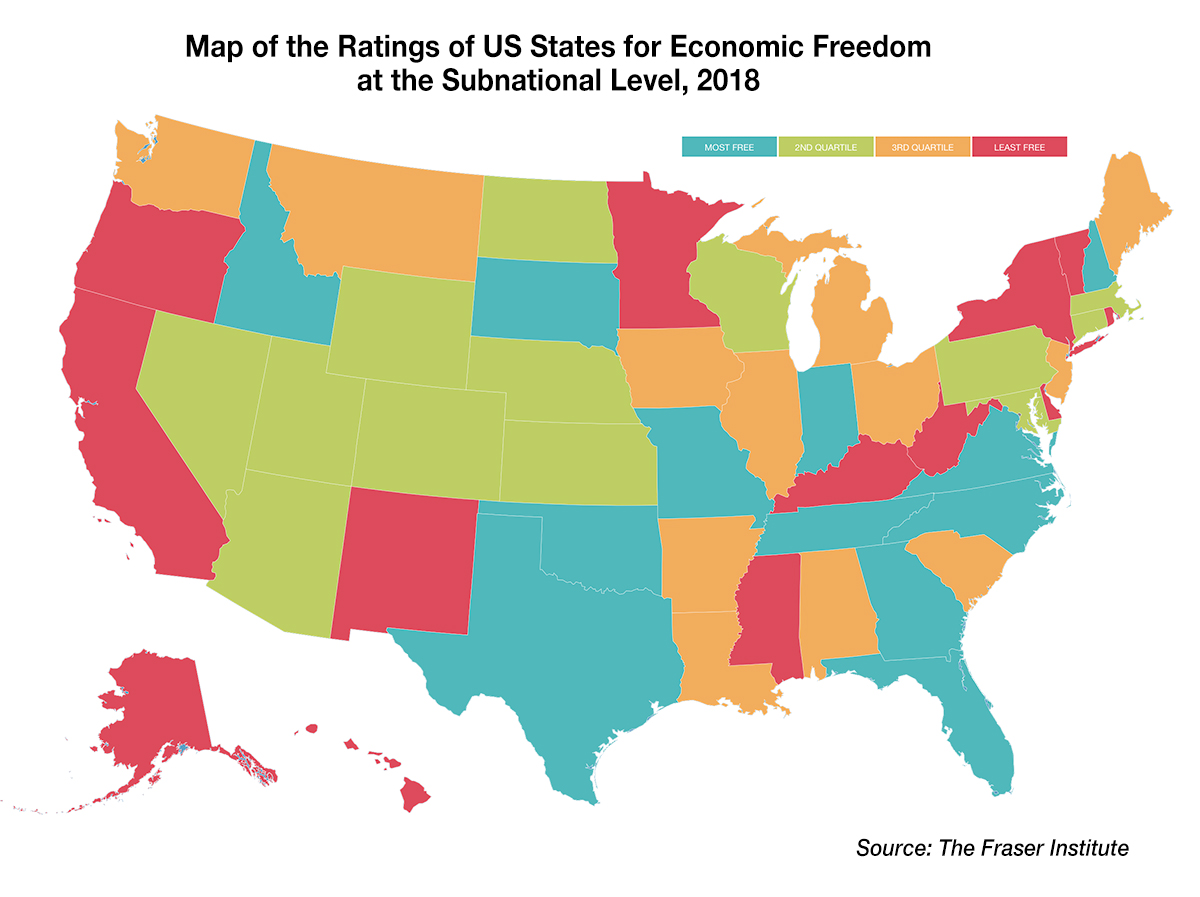 While a precise definition of economic freedom is elusive, Professor Robert Lawson, a senior fellow at the institute, framed it thus:

For well over a hundred years, the economic world has been engaged in a great intellectual debate. On one side of this debate have been those philosophers and economists who advocate an economic system based on private property and free markets — or what one might call economic freedom. The key ingredients of economic freedom are personal choice, voluntary exchange, freedom to compete in markets, and protection of person and property. Institutions and policies are consistent with economic freedom when they allow voluntary exchange and protect individuals and their property.

The Library of Economics and Liberty

Like the international report, the state/provincial report is based on data from 2018, the year with the most recent comprehensive data available.

Unlike the international report, which provides rankings based on five weighted variables (the size of government, private property rights and legal structure, access to stable capital, freedom of international trade, and government regulations on credit, labor, and business), the state/provincial report provides rankings based on three weighted variables: government spending, taxes; and labor market freedom. 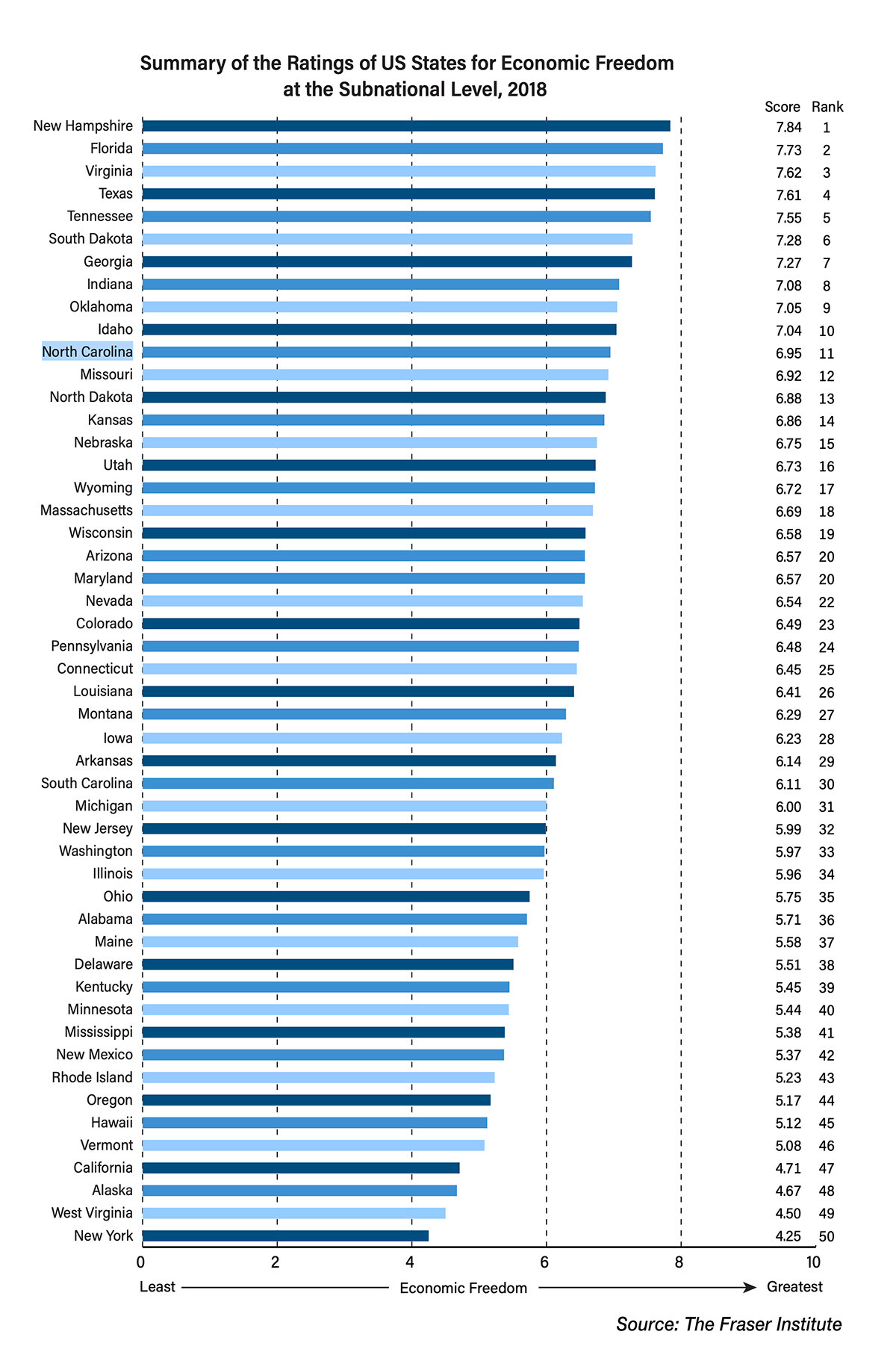 The states with the lowest rankings include Oregon, Hawaii, Vermont, California, Alaska, and West Virginia. Unsurprisingly, New York state bottoms the list at the #50 spot.

While North Carolina’s overall rank was 11, we were near the middle of the pack for government spending at 23; we were 15th for taxes, and fourth for labor market freedom, tied with Texas.

For more information, The John Locke Foundation will be hosting a virtual Facebook forum on Monday, December 7 at 12 noon called “Economic Freedom in North America 2020: How North Carolina Compares & Why.” Featured speakers will include Dr. Paul Cwik, Mises Institute Fellow and BB&T Professor of Economics and Finance at the University of Mount Olive; Becki Gray, Senior Vice President, John Locke Foundation; and Jon Sanders, Director of Regulatory Studies at the John Locke Foundation.