NC’s Debt Per Taxpayer Down by More than 80%

The nation’s leading financial watchdog reports that North Carolina has decreased its debt per taxpayer ratio by over 80% in the last ten years.

According to Truth in Accounting’s “Financial State of the States 2021,” each North Carolina taxpayer in 2010 was on the hook for $8,000 to cover the state’s debt; that amount decreased to just $1,400 in 2020. And, impressively, that amount did not change from 2019 despite the economic downturn driven by pandemic closures across the state over the last year. 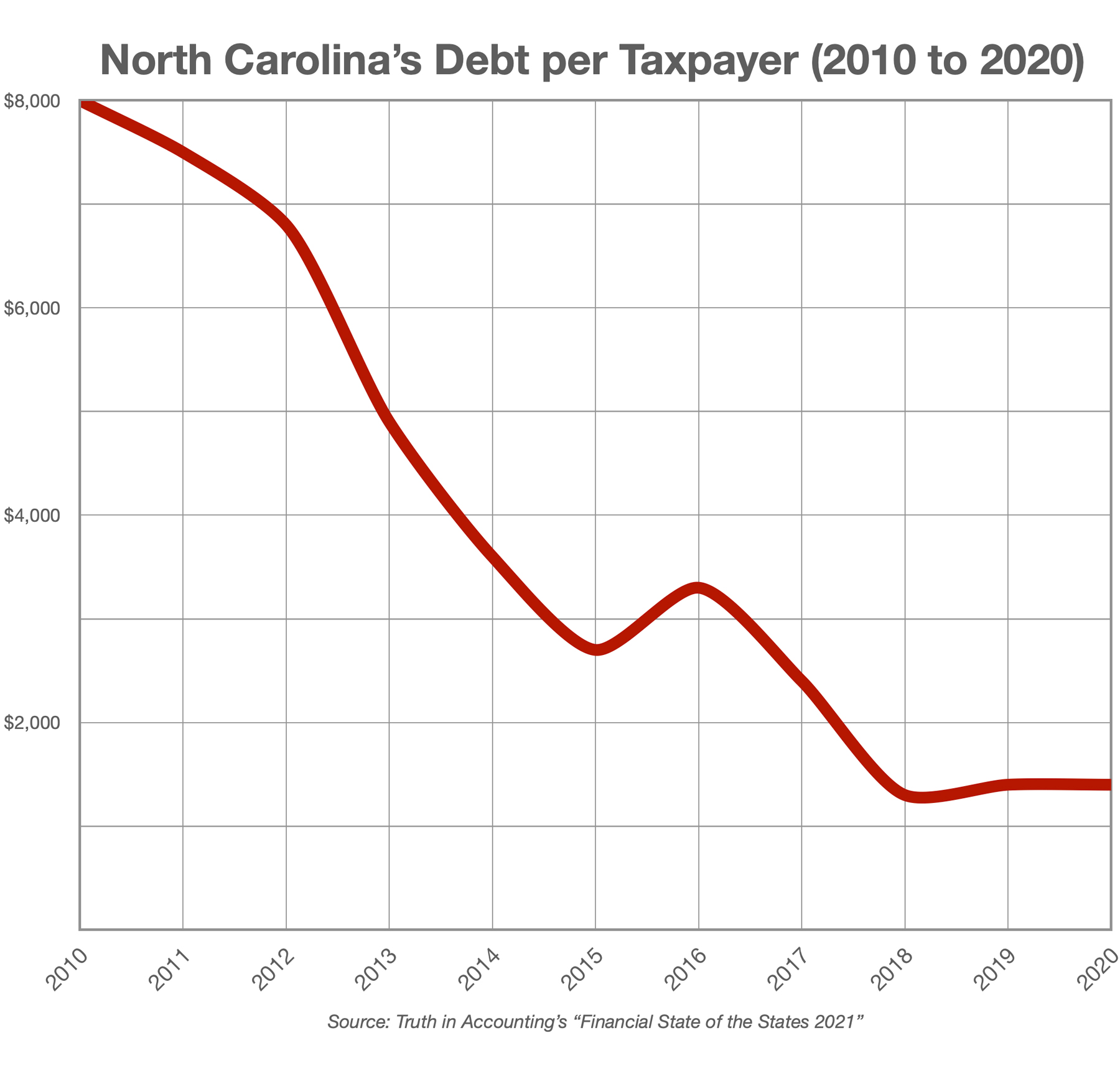 “Under responsible, conservative leadership, we have steadily improved our State’s financial status over the last decade,” tweeted Rep. Jon Hardister in response to the report’s findings.

And, according to the group’s “Financial State of the Union 2021” report (which tracks the federal government’s overall financial condition) the debt per taxpayer is a whopping $796,000 for every taxpayer who pays federal tax. For some visual perspective of that amount, if we assume that a one inch stack of $5 bills equates to $1,400 (North Carolina’s state debt per taxpayer), that same stack of $5 bills would be 47 feet high to meet each taxpayer’s federal debt obligation.

The primary source of North Carolina’s debt seems to be unfunded pension benefits for state employees, which include free lifetime healthcare. In 2017, the General Assembly moved to contain these costs by eliminating health insurance coverage in retirement for state employees who were hired after January 1 of this year.