First in freedom, first in flight — and now North Carolina is the first in Site Selection Magazine’s annual ranking of business friendly states.

The award-winning magazine, which is the official publication of the Industrial Asset Management Council, provides industrial expansion information to corporate executives and other highly-placed industry professionals. They use this resource as a guide when deciding where to relocate or expand their operations.

“It is no accident that North Carolina is being recognized again as the best state for businesses,” commented N.C. House Speaker Tim Moore. “Since 2011, conservative policies have been enacted that have attracted an astonishing number of business to our state.”

North Carolina has consistently been in the top five business-friendly states over the last decade, most recently tying with Georgia for the top spot last year. Prior to that, North Carolina ranked in second place from 2015 to 2019, moving up from third place in 2014 and fifth place in 2013 and 2012. Georgia previously topped the list or shared the top spot for the last eight years.

“North Carolina is on the right track,” Moore continued. “Our conservative policies have created an exceptional business-friendly climate that will continue to be a haven for businesses looking to escape over regulation and higher costs elsewhere.”

Site Selection’s rankings are based partly on a survey of corporate real estate executives. They asked survey respondents to list some factors that were behind their lists of the best states for business. Here is s a sampling of those comments:

One of North Carolina’s competitive advantages for several years has been its 2.5% corporate tax rate — the lowest of the 44 states that levy such a tax.

“When I got here in 2015, the state was already a couple of years into the process of reforming taxes and reducing a lot of credits and incentives in favor of a broader tax base but a lower rate,” said Chris Chung, CEO of the Economic Development Partnership of North Carolina. “The net result of that is a tax climate where, whether it’s an expansion or a new firm locating here, we do very well in just about every imaginable scenario.”

Every two years, the North Carolina Department of Commerce’s Labor & Economic Analysis Division (LEAD) publishes 10-year employment projections at the state and regional levels, in conjunction with the U.S. Department of Labor’s Employment and Training Administration. The employment projections are an estimate of the future demand for workers based on historical employment data and various economic factors. Policy makers, job seekers, education training providers, and businesses use projections data to make informed workforce decisions and help ensure that North Carolina’s workforce is prepared for tomorrow’s job opportunities and economic growth in the state. The following summary provides highlight of both state and sub-state projected employment growth during the 2018 – 2028 period. 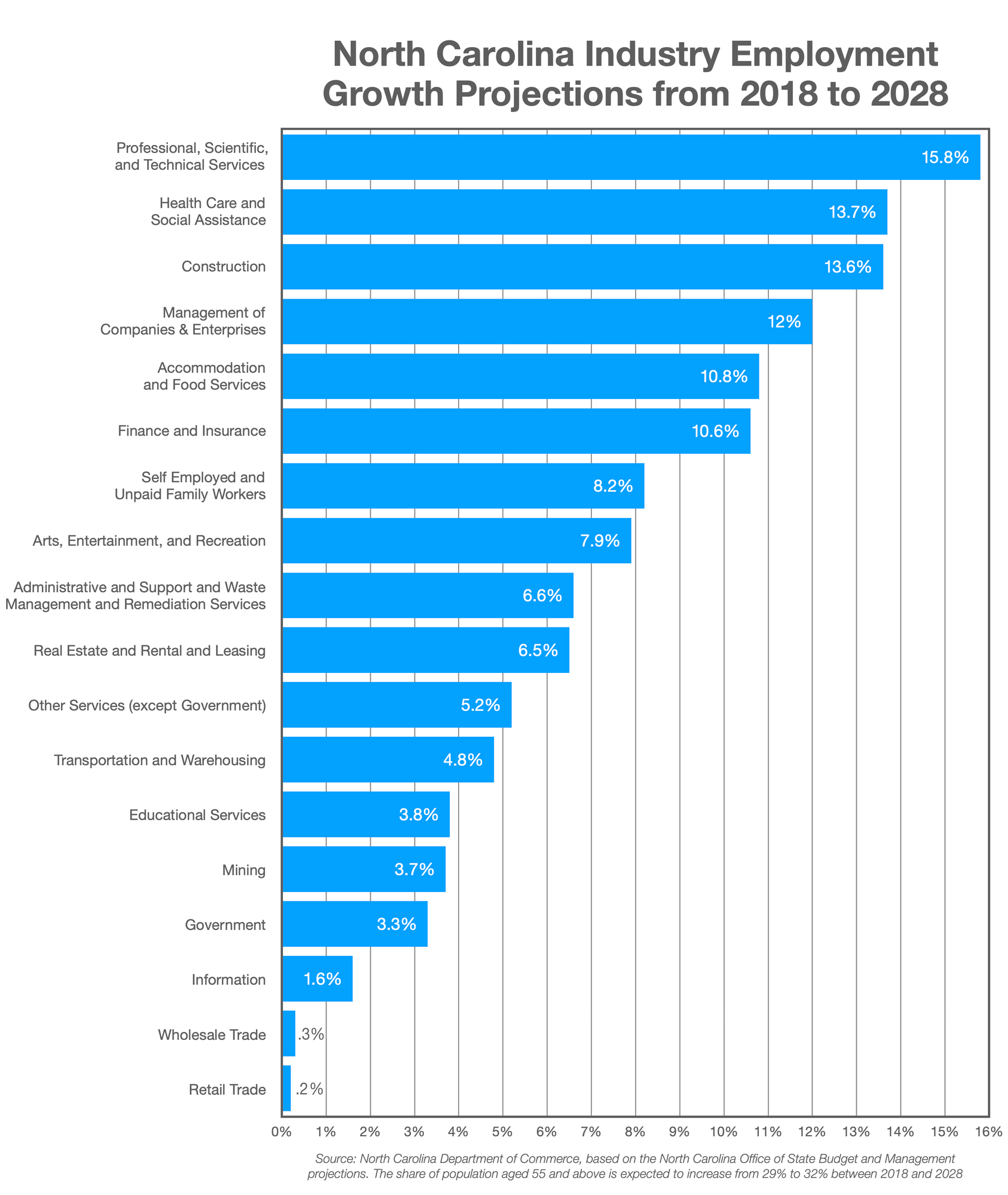 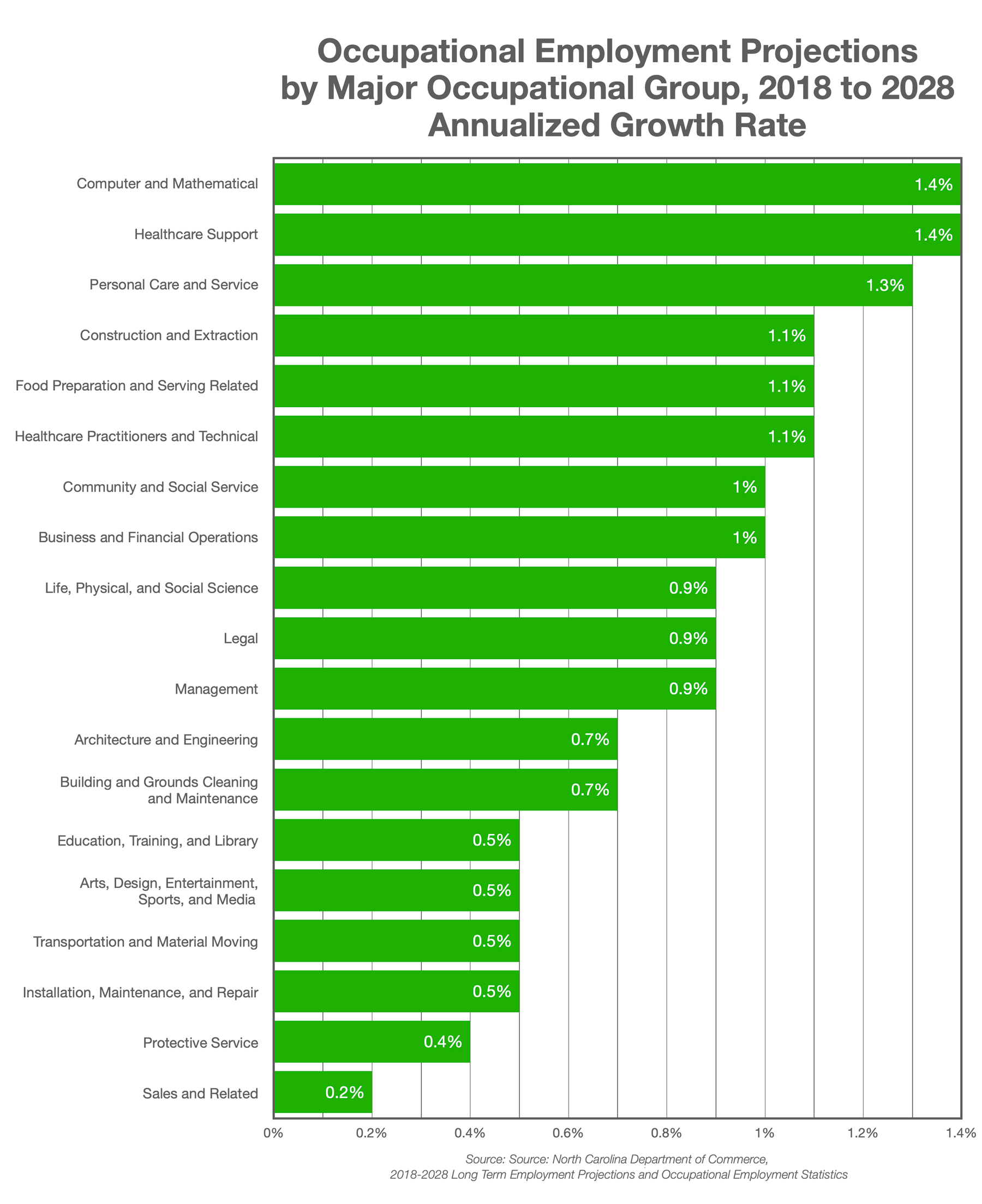