Let’s Not Turn Back the Clock

Legislation has been introduced in the General Assembly that doubles taxes on businesses and eliminates the state’s flat tax. House Bill 556 (and its companion bill in Senate, S710) turns back the clock nearly a decade to a tax code which dates from the Depression-era 1930s, when tobacco and textiles were the primary drivers of North Carolina’s economy.

In the summer of 2013, the newly-minted conservative majority in Raleigh passed sweeping government reforms into law. Primary among them was the “Tax Simplification and Reduction Act,” which slashed income and business taxes, more than doubled the standard deduction, and, most importantly, replaced a complicated tax system with a single-rate “flat tax.”

Before it was overhauled, North Carolina had a three-tiered income tax system (of 6.0%, 7.0% or 7.75%, depending on the amount of one’s taxable income). When the new law took effect in 2014, legislators had lowered the tax rate to 5.75%, where it stayed until 2019, when it was lowered again to 5.499%. As of 2019, it was lowered further to 5.25%, and legislation is winding its way around Jones Street that would reduce it to 4.99%. For a statutory schedule of the next reductions to North Carolina’s flat income tax rate, click here.

Corporate taxes were also cut, from 6.9% to 6% in 2014; successive efforts to reduce it further have the rate currently pegged at 2.5%. 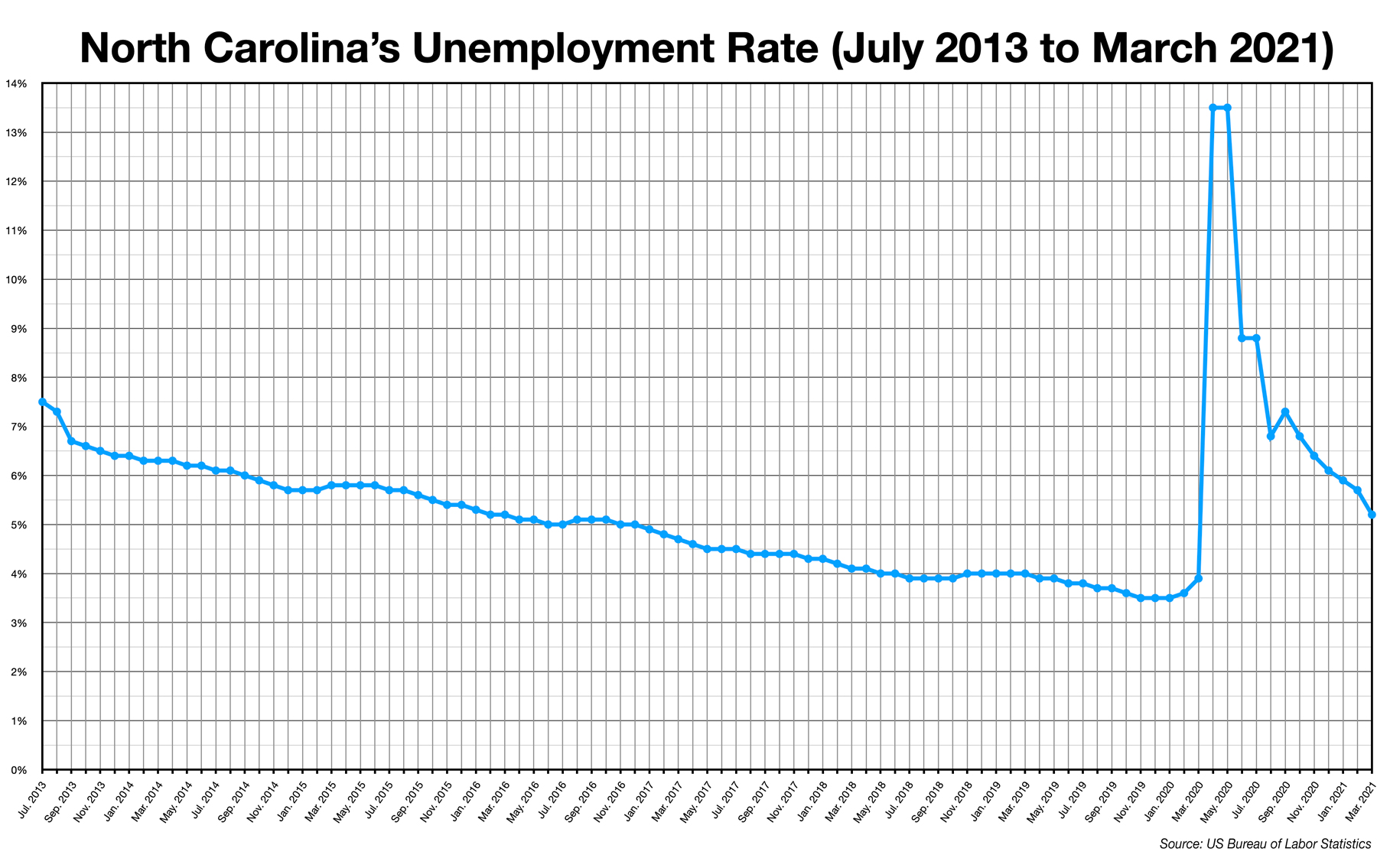 Lower tax rates on individuals and businesses — combined with other conservative reforms, most notably comprehensive regulatory reform —  has fueled what some have rightly called the “Carolina Comeback.” And prudent fiscal policies, including restraint on spending and an ongoing commitment to savings by the conservative General Assembly, have put North Carolina in a better position than many other states in dealing with the health and economic fallout of the COVID-19 pandemic.

According to a tabulation by MSN’s 24/7 Wall Street of economic data provided by the Bureau of Economic Analysis, North Carolina’s gross domestic product shrunk by a relatively small 1.7% over the last year, the tenth best in the nation. The U.S. economy itself contracted by 2.8% over the same period.

Now is not the time to return to the failed economic policies of the past: raising taxes on businesses and income taxes on individuals would most certainly put the impressive gains made over the last decade at risk.