Despite Ongoing Shutdowns, NC Shows $1.5 Billion in Revenue Gains as Year Comes to a Close

After a drop in revenue (tax and non-tax) of $887.3 million from FY 2019 to FY 2020, figures released in November’s General Fund Monthly Report from the Office of the State Controller show an increase in tax revenue of more than $1.5 billion for the first five months of Fiscal Year 2021, compared to the same period last year (July 1 – November 30). North Carolina’s fiscal year runs from July 1 through June 30. 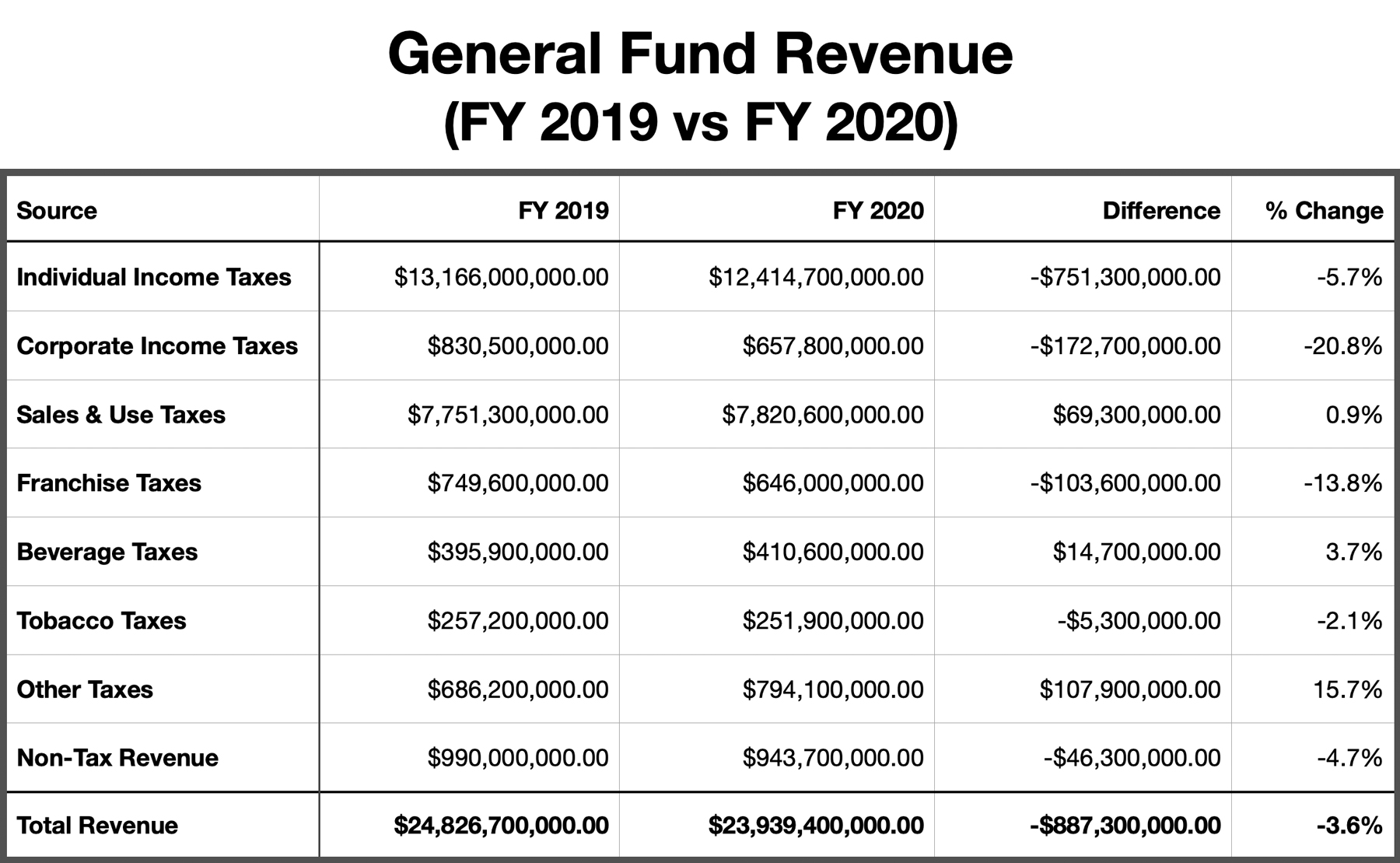 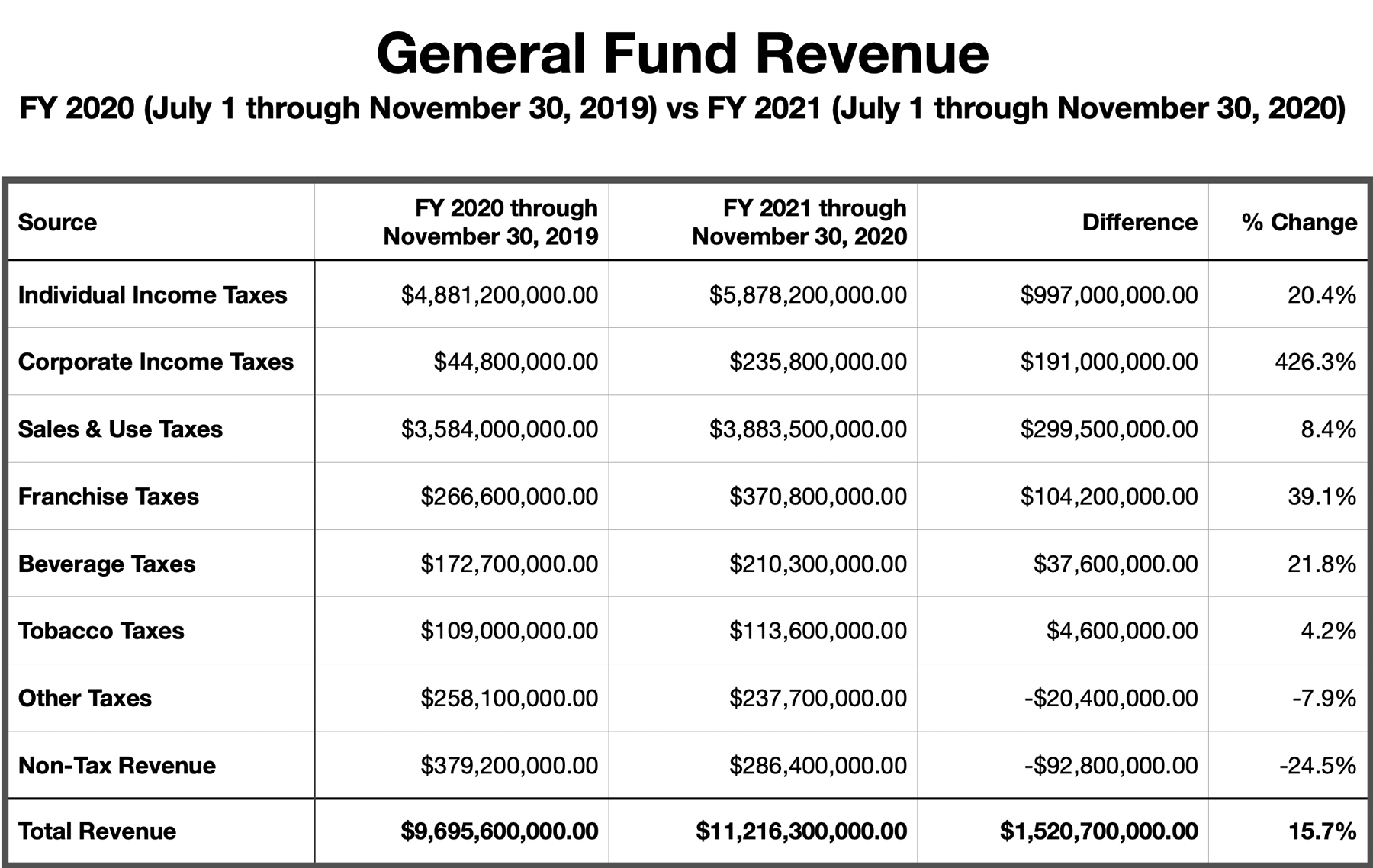 The largest year-over-year increase in collections came in July; following the lead of the federal government, North Carolina (along with the vast majority of other states that have an income tax) extended its annual tax deadline from April 15 to July 15, moving it into the 2021 fiscal year. 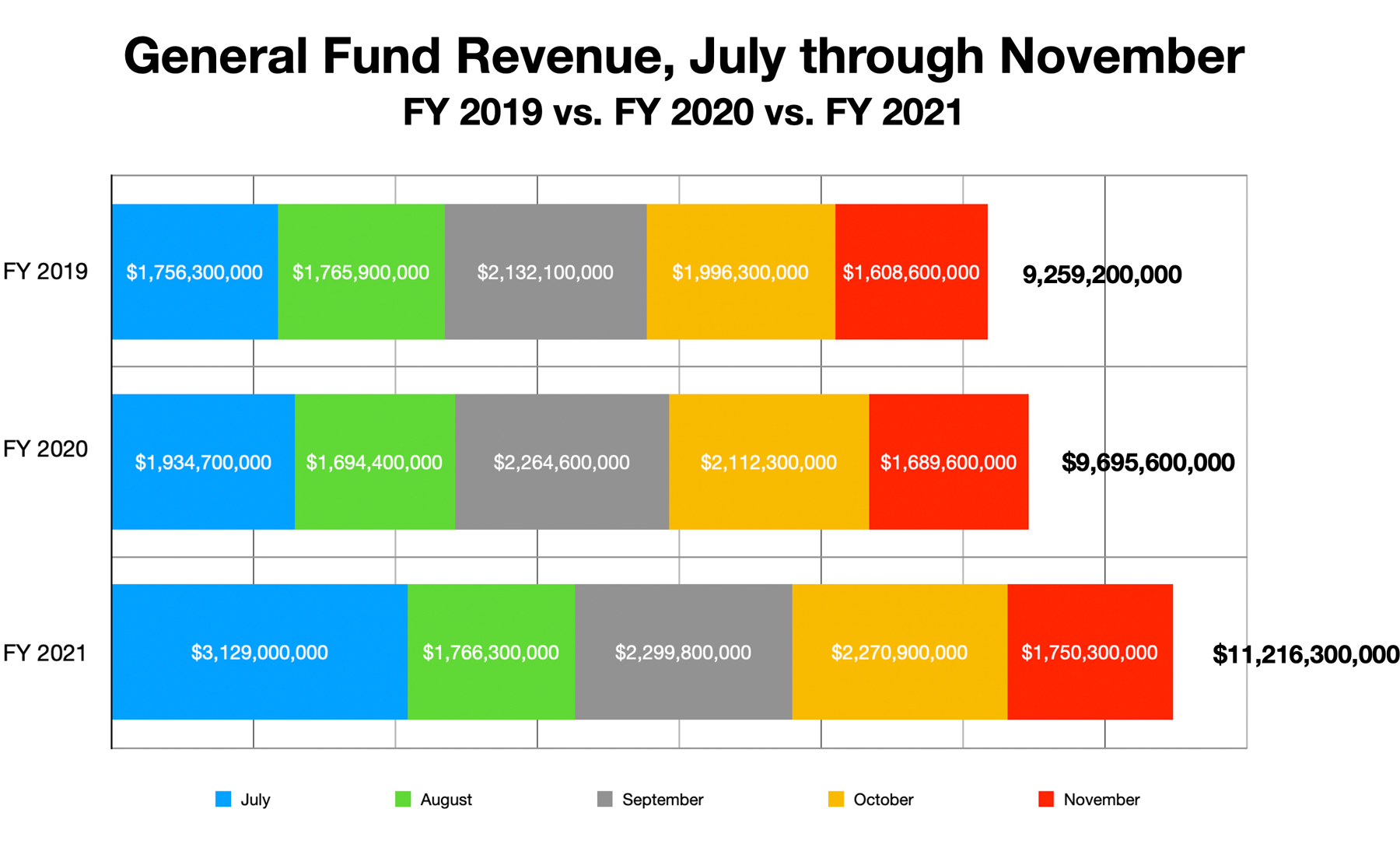 If the increase continues at this rate when fiscal year 2021 ends on June 30, 2021, North Carolina could potentially take in nearly $27 billion in revenue for Fiscal Year 2021, exceeding the total of $24 billion in FY2020, despite the continuing lockdowns and business closures in response to the COVID19 pandemic.

North Carolina’s ability to rebound relatively quickly from the pandemic is a testament to the fiscally responsible policies of the General Assembly; consistent budget surpluses allowed conservatives in the legislature to build up nearly a $3 billion “rainy day” prior to the pandemic. And although North Carolina is collecting more in revenue — despite ongoing shutdowns — people are paying far less in taxes than they were then just a decade ago.

Now is not the time to change directions on a proven winning philosophy. Smaller government and lower taxes are the path of economic prosperity for the new decade.