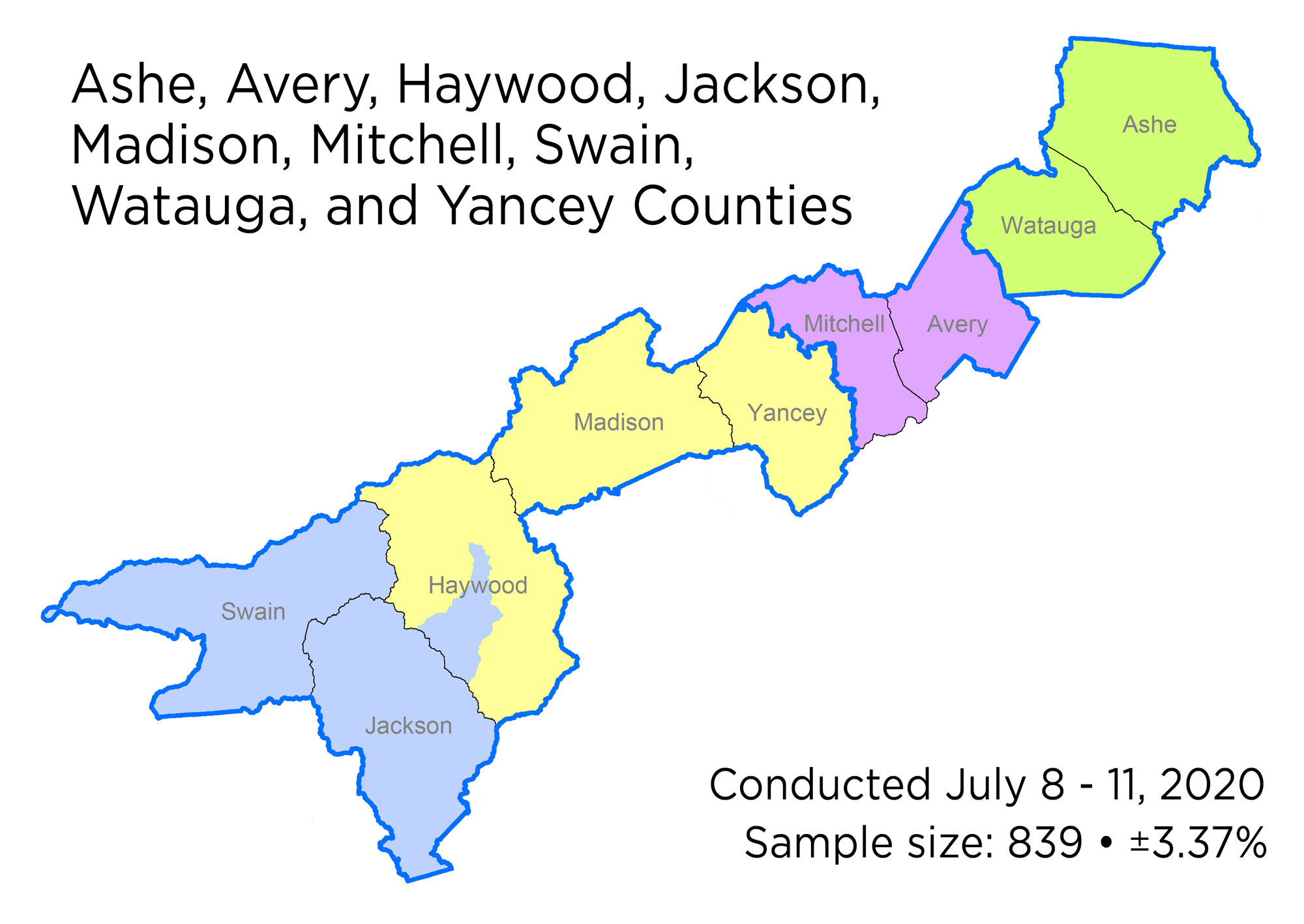 839 likely voters (53.5% of whom were female) from nine western counties (Ashe, Avery, Haywood, Jackson, Madison, Mitchell, Swain, Watauga, and Yancey) were surveyed from July 8 to July 9, 2020. As a group, they were whiter (89.0%), older (52.1% over age 55), more rural (80.5%), and contain, relative to the three other regions surveyed, the lowest percentage (7.8%) of those identifying as “suburban women,” a key demographic in the upcoming presidential election.

As is consistent with respondents across the entire state, a large majority of this group (74.2% in this case) reported annual income of $100,000 or less. However, this group reported the lowest percentage of those making in excess of $100,000 a year, at 17%.

Similarly, a large majority of this group (72.7%) reported having no college degree. This rate tracks closely with those surveyed in other parts of the state, falling below just 1.3% of the median score.

Voters of all kinds from across the state already have their minds made up when it comes to for whom they will vote, with the mountain region leading the way. In the presidential race, just 7.5% there are undecided; in the congressional race, 20.5% are undecided; and in the elections for state legislature, 24.9% are undecided.

One will take note of the significant difference between the percentage of those undecided in the upcoming race for president and those in the so-called “down ballot” races — more than double for the congressional race and more than triple for state legislature. In a future post, we will examine who these voters actually are.

And, finally, like their counterparts surveyed in the other parts of the state, a near-majority (47.5%) plan to vote early, while 40.7% plan to vote on election day and 11.8% plan to vote absentee by mail.

55.1% of respondents in the mountains were more concerned about the public health impact of COVID-19 than the economic impact of the virus, with sizable majorities among 18 to 34 year olds and those 65 or older. Among those 55 to 64 years old, the gap shrinks (51.6% to 48.4%) to within the statistical margin of error. Among those respondents 35 to 54 years old, the economic impact of COVID-19 represented more of a concern than the public health impact. 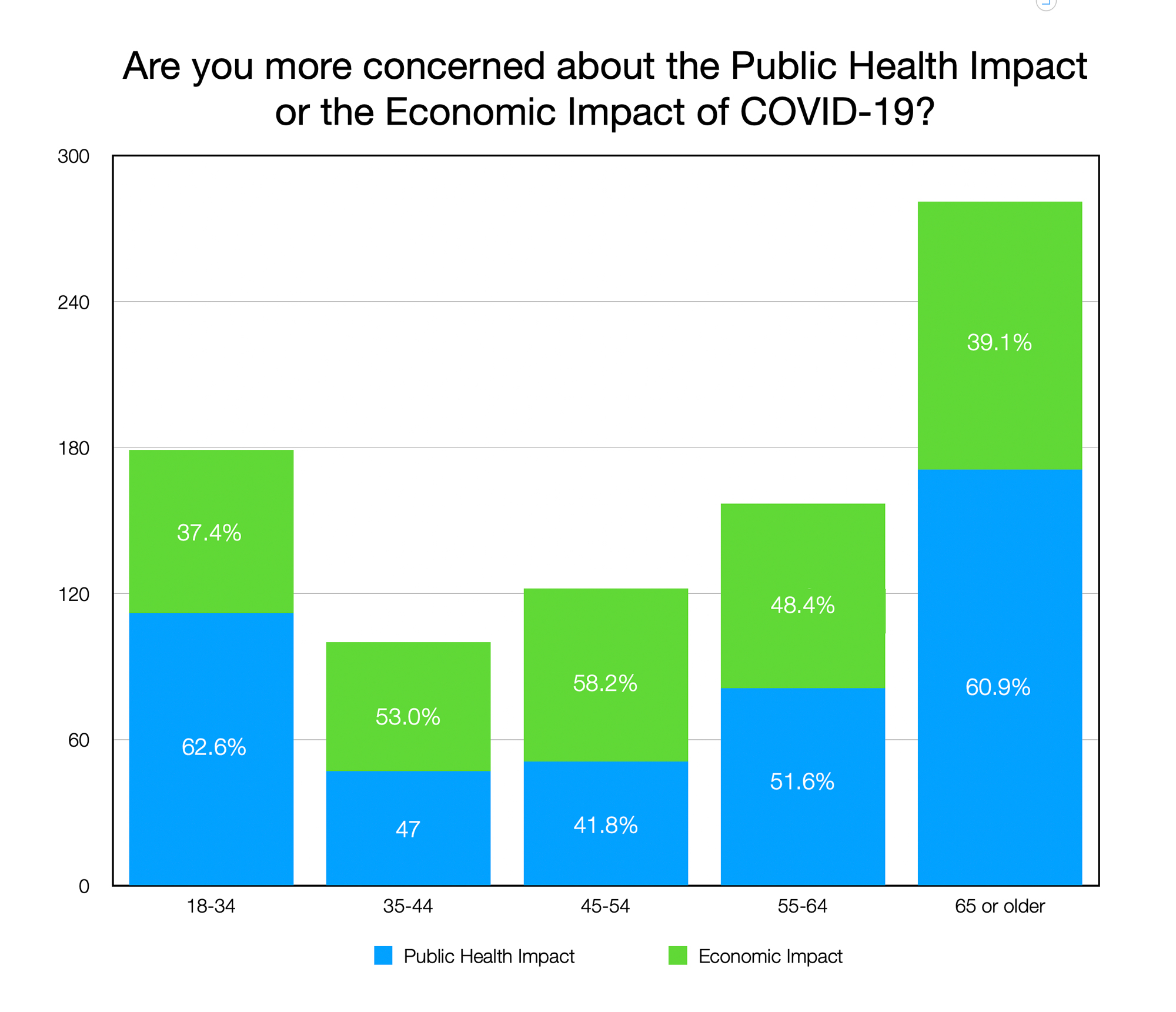 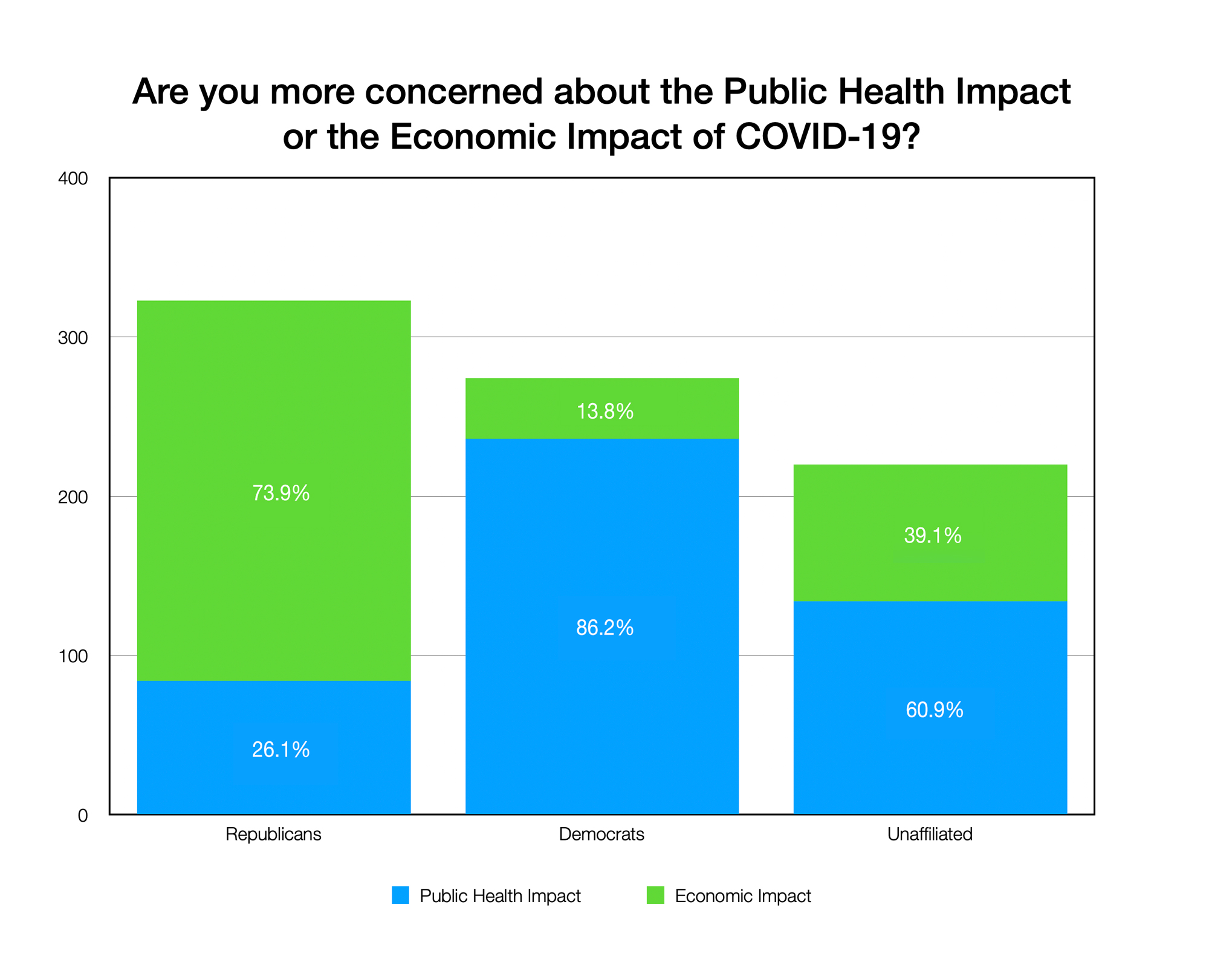 Interestingly, there is no statistical difference on this question between respondents who otherwise identified as rural, urban, or suburban voters.

Similarly, there was no statistical difference among voters with different educational levels. They were essentially evenly split on the question: of those respondents who only attained a high school diploma or did not graduate high school, 53.1% said that the public health impact of the virus was the greater concern; of those with some college, 50.6% agreed; and of those with a bachelor’s or more advanced degree, 52.1% agreed that the public health impact was more important.

44.1% of total respondents feel that the North Carolina General Assembly has not done enough to respond to the public health effects of the coronavirus pandemic, with 32% saying it has done enough, and 23.9% feel it has done too much.

In response to the coronavirus outbreak, Governor Roy Cooper mandated a statewide shutdown. This has caused significant economic loss as travel and tourism has drastically decreased. Which position best represents your view about the shutdown?

Respondents were asked the question “Do you agree or disagree that the rioting and looting that has occurred during the protests is justified to bring about necessary changes?” A large majority of those surveyed (79.9%) disagree that riots and looting are justified. 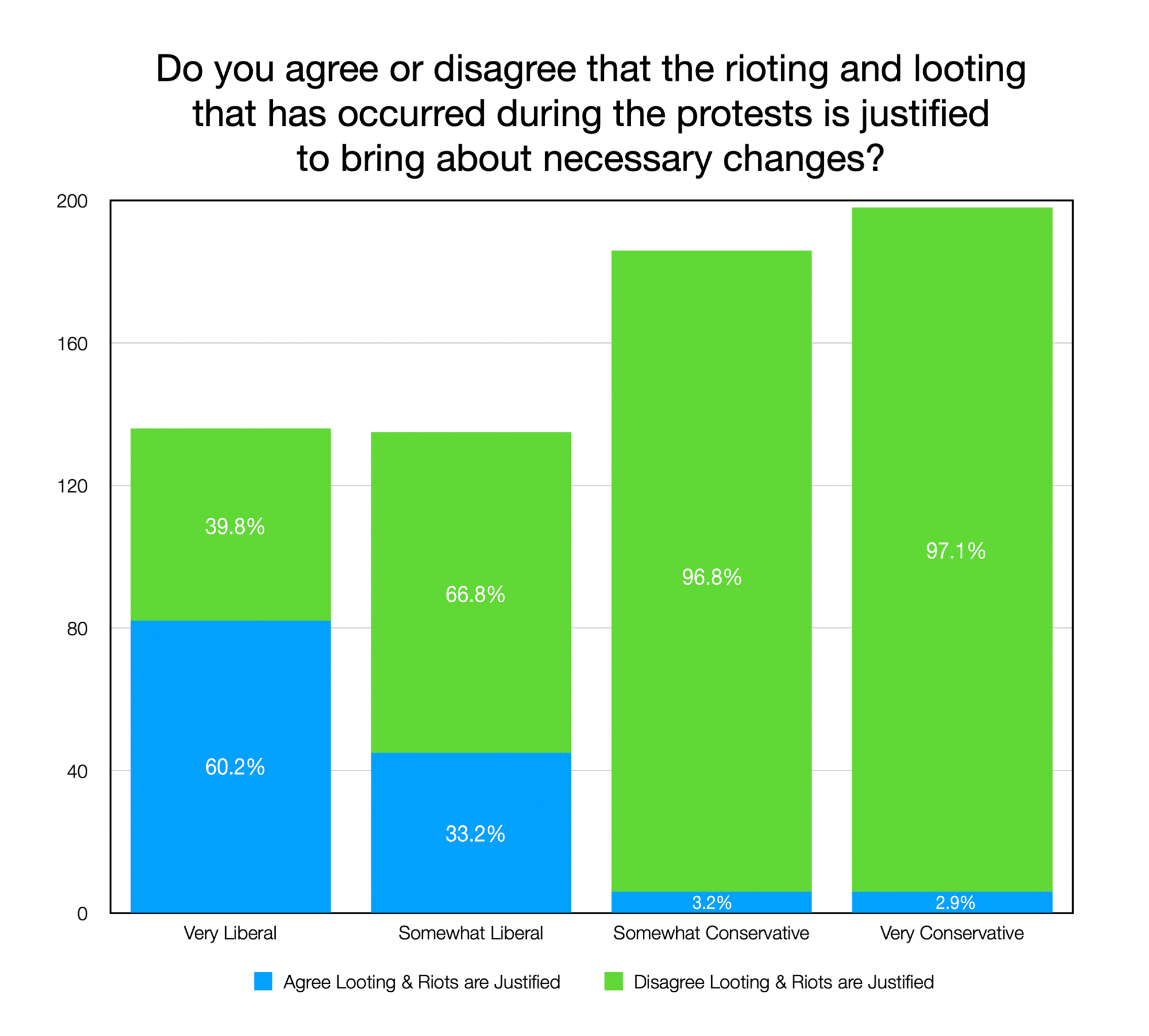 This is the first article in a series of four that will summarize the findings of polls commissioned by the Carolina Leadership Coalition over the summer. These polls were conducted by an award-winning national public opinion and predictive analytics firm which surveyed likely general election voters in four discrete geographic regions of North Carolina. You can download the full model of the mountains region here.