Respondents in this region are fairly split between rural voters (46.2%) and suburban voters, at 45.9%. Those living in urban areas were just 7.9% of those surveyed. 24% identified as “suburban women,” a key demographic in the upcoming presidential election.

Two-thirds (67.4%) of this group reported annual income of $100,000 or less. 29.9% reported having a Bachelor’s or advanced degree, the second highest only to the Triad Region among those surveyed across the state.

The region east of Charlotte has the highest number of registered Republicans of the four regions surveyed, at 43.3%. Democrats accounted for 30.7% of the total, while unaffiliated voters came in at 24.4%. 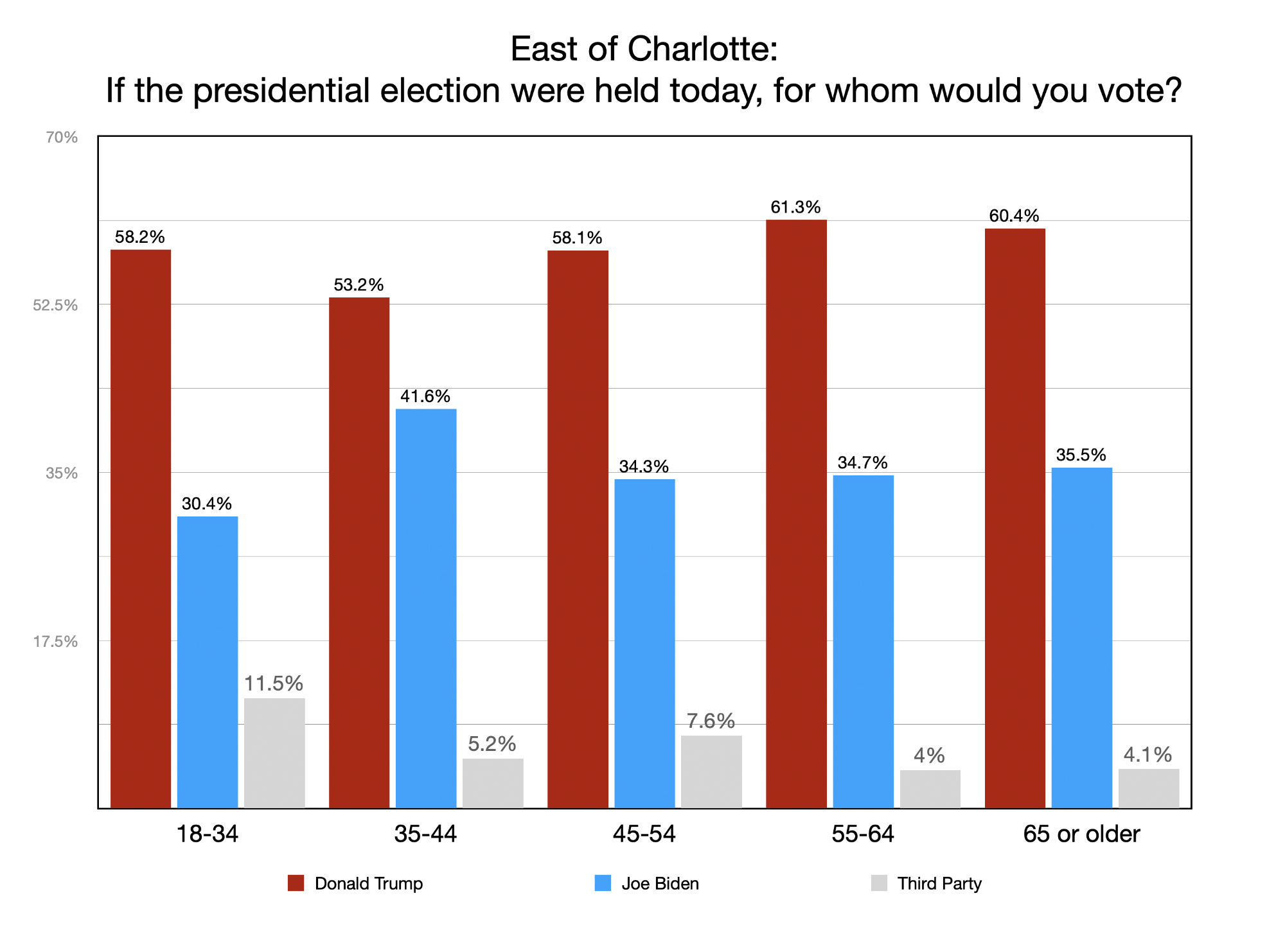 While Mr. Trump enjoys majority support among both men and women, his support is higher among men, at 62.4%. 54.7% of women polled in the region east of Charlotte support Mr. Trump.

Those in the region east of Charlotte who view themselves as moderates overwhelmingly support for Mr. Biden, at 60.6%.

82% of black voters in this region support Mr. Biden, while 70.9% of white voters support Mr. Trump.

Majorities in every age range in the region east of Charlotte say that they will vote for Mr. Trump.

Majorities in every income range in the region east of Charlotte say that they will vote for Mr. Trump, with the highest support coming from those reporting an annual income of between $50,000 and $99,000 at 62.1%. 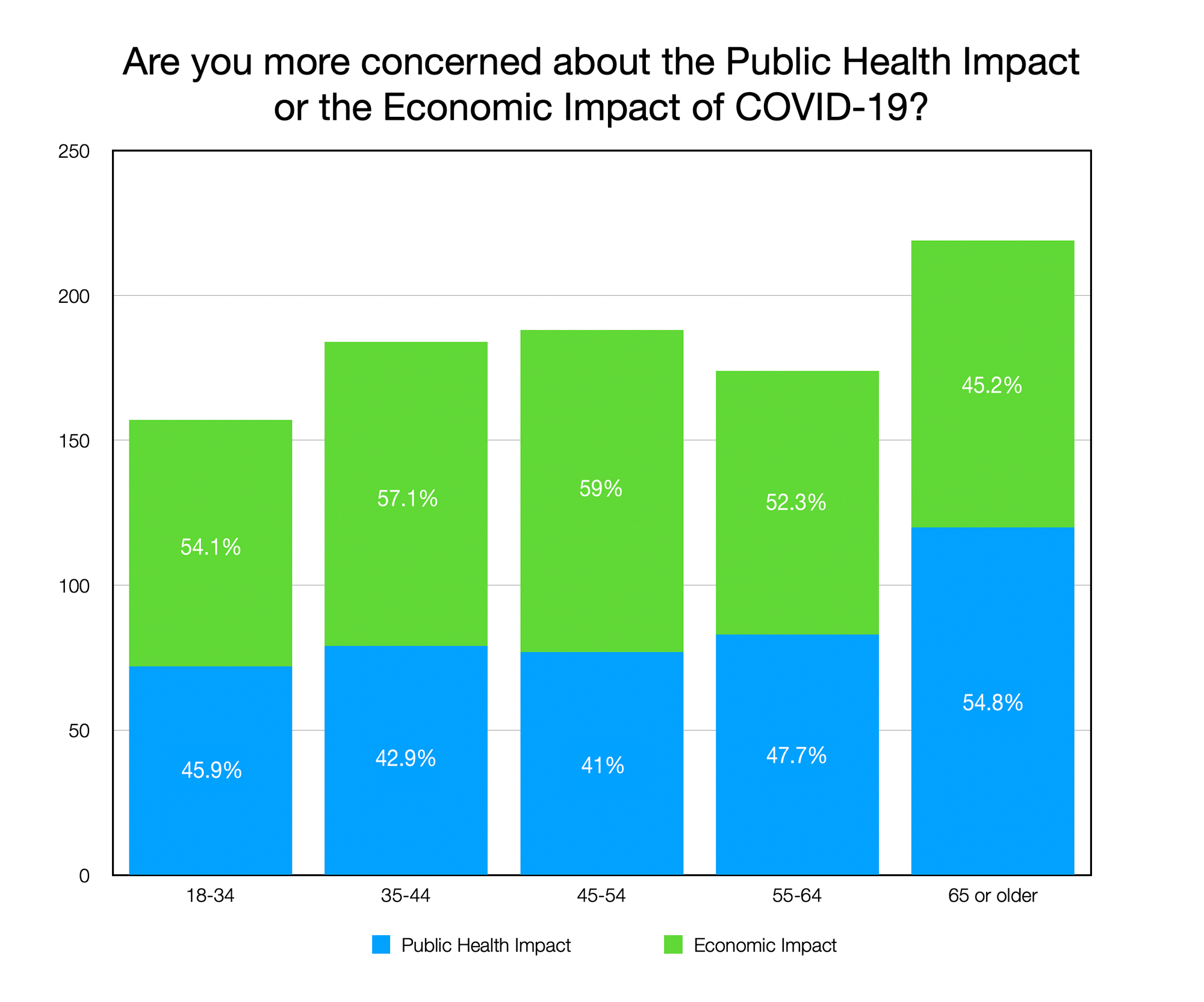 Respondents were asked the question “Do you agree or disagree that the rioting and looting that has occurred during the protests is justified to bring about necessary changes?” An overwhelming majority of those surveyed (84.6%) disagree that riots and looting are justified.

Younger people (those aged 18 to 34 years old) also disagree that riots and looting are justified by a majority of 72.9%, the highest level of opposition among this age group in the state.

The only demographic group in the region east of Charlotte who believe that the riots and looting are justified are those identifying as “very liberal,” at 55%.

This is the third article in a series of four that will summarize the findings of polls commissioned by the Carolina Leadership Coalition over the summer. These polls were conducted by an award-winning national public opinion and predictive analytics firm which surveyed likely general election voters in four discrete geographic regions of North Carolina. You can download the full model results here.