And Now the Good News

On Wednesday we reported some bad news about the national economy. We spoke at length about the highest levels of inflation seen in forty years and briefly about the decline in the gross domestic product (GDP) over the last two quarters, which has been, popularly speaking, a harbinger of recession.

But despite the storm clouds from Washington, the skies are still sunny over the Tar Heel State.

The most recent report from the General Assembly’s Fiscal Research Division and the Governor’s Office of State Budget and Management projected a $6.2 billion budget surplus for the current biennium. It’s a big number, but we’ve come to expect it from the fiscal reformers in the state legislature. In the decade since the conservative majority took the reins in Raleigh, North Carolina has enjoyed a run of eight historically high budget surpluses.

And earlier this year, in anticipation of this recession, conservative leaders had the foresight to save $1 billion into a newly-created State Inflationary Reserve. And that’s in addition to the $4.75 billion in North Carolina’s rainy day fund.

“Thankfully, we have ensured that our state has remained on the same path of conservative spending that has put us on solid fiscal ground,” said N.C. House Speaker Tim Moore in response to the earlier news from Washington.

This morning we were treated to a better-than-expected jobs report. The economy added 528,000 jobs last month, finally returning us to the 3.5% unemployment level (a 50-year low) which we enjoyed before the pandemic. North Carolina’s average statewide unemployment levels remained unchanged from May, at 3.4% in June (the most recent data available) and down from 5.0% in June of last year. That’s North Carolina’s lowest unemployment rate in more than 20 years.

And here’s some icing on the cake: the poverty rate in North Carolina has declined by a third over the last decade. 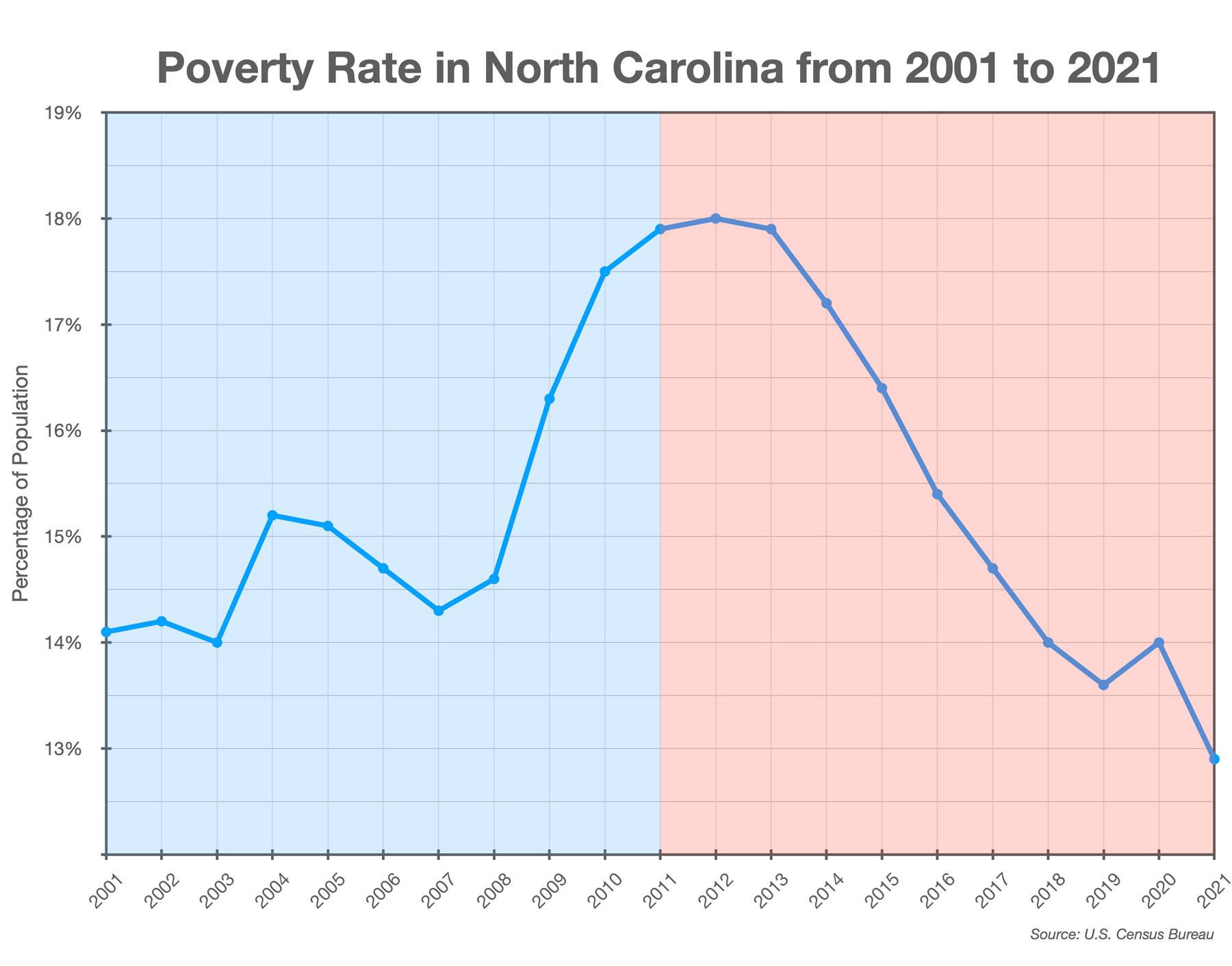 That steep drop beginning in 2013 isn’t the backside of the first hill on the Fury 325 at Carowinds. So what happened in 2013?

With a new governor on their side, conservatives in the General Assembly enacted a sweeping reform of the state income tax code. They got rid of the old progressive system and replaced it with a single flat tax. The intervening years, that rate has been lowered from a high of 7.75% in 2010 to 4.99% this year. The state’s corporate income tax rate went from a high of 6.9% in 2010 to the current 2.5% (the lowest in the country among states that collect corporate income taxes) and will be phased out entirely by 2030. 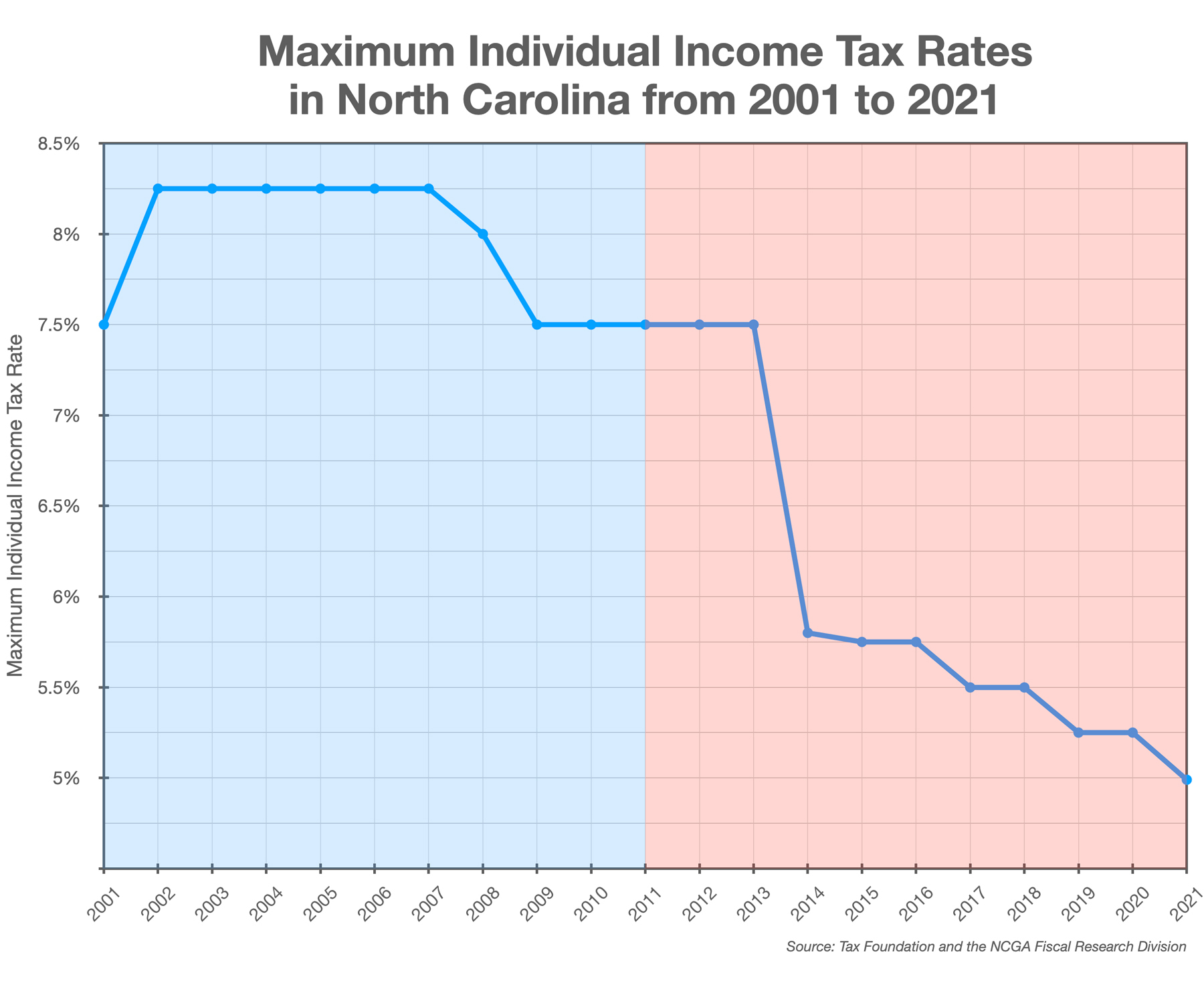 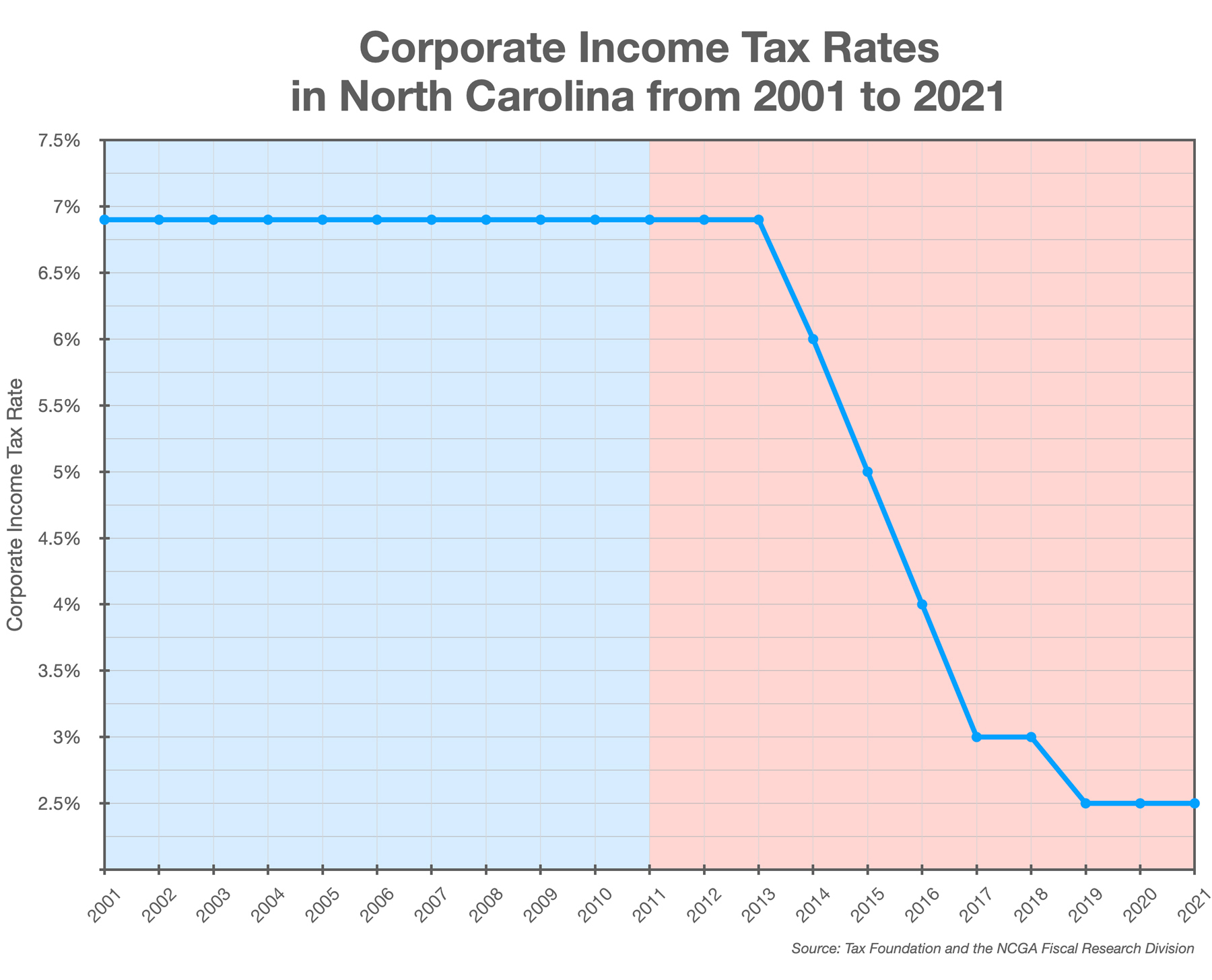 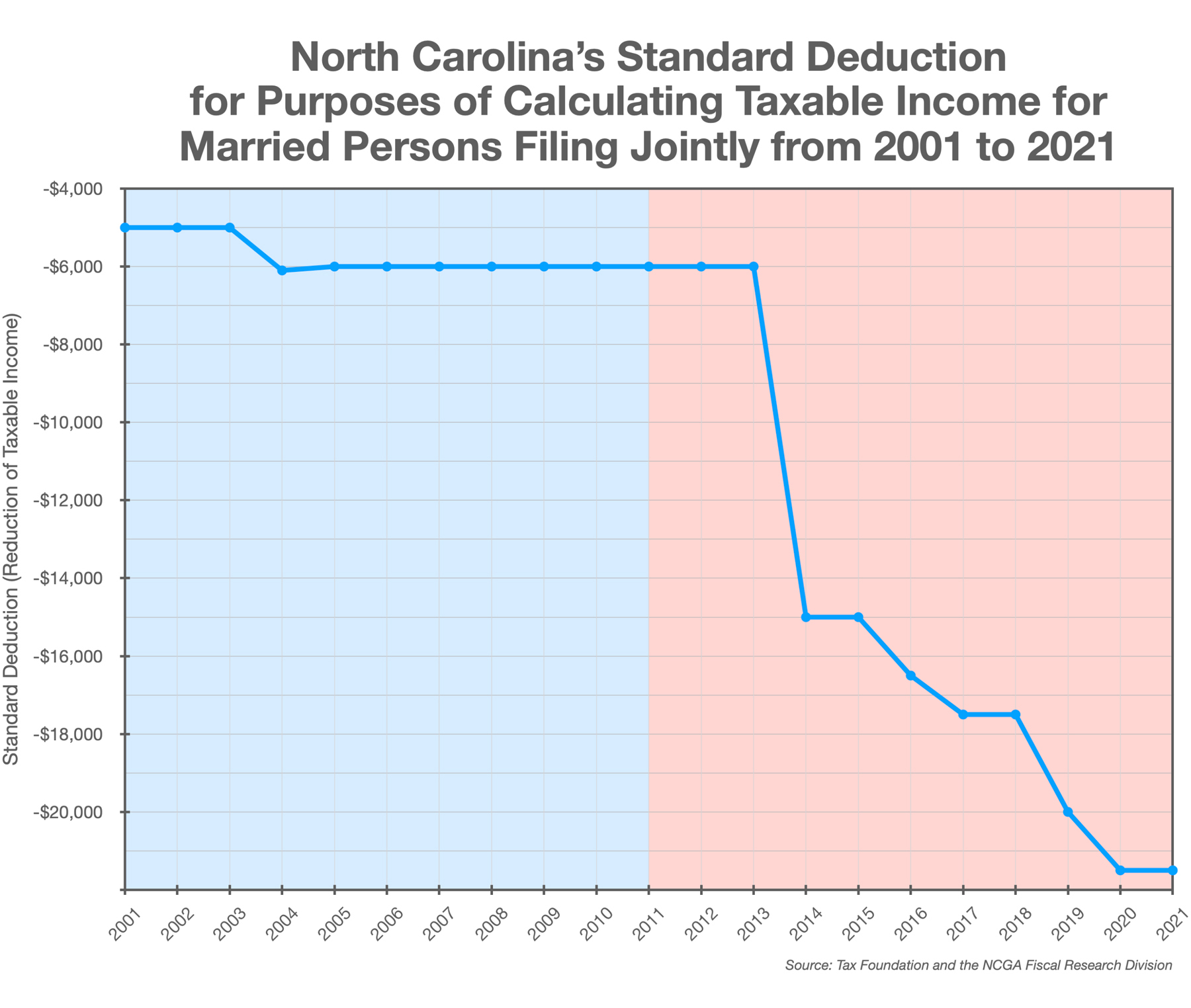 They say a picture is worth a thousand words. Like these four graphs show, it’s clear (in 4K!) that conservative fiscal reforms over the last decade are working — for everyone.