A Prescription for Disaster 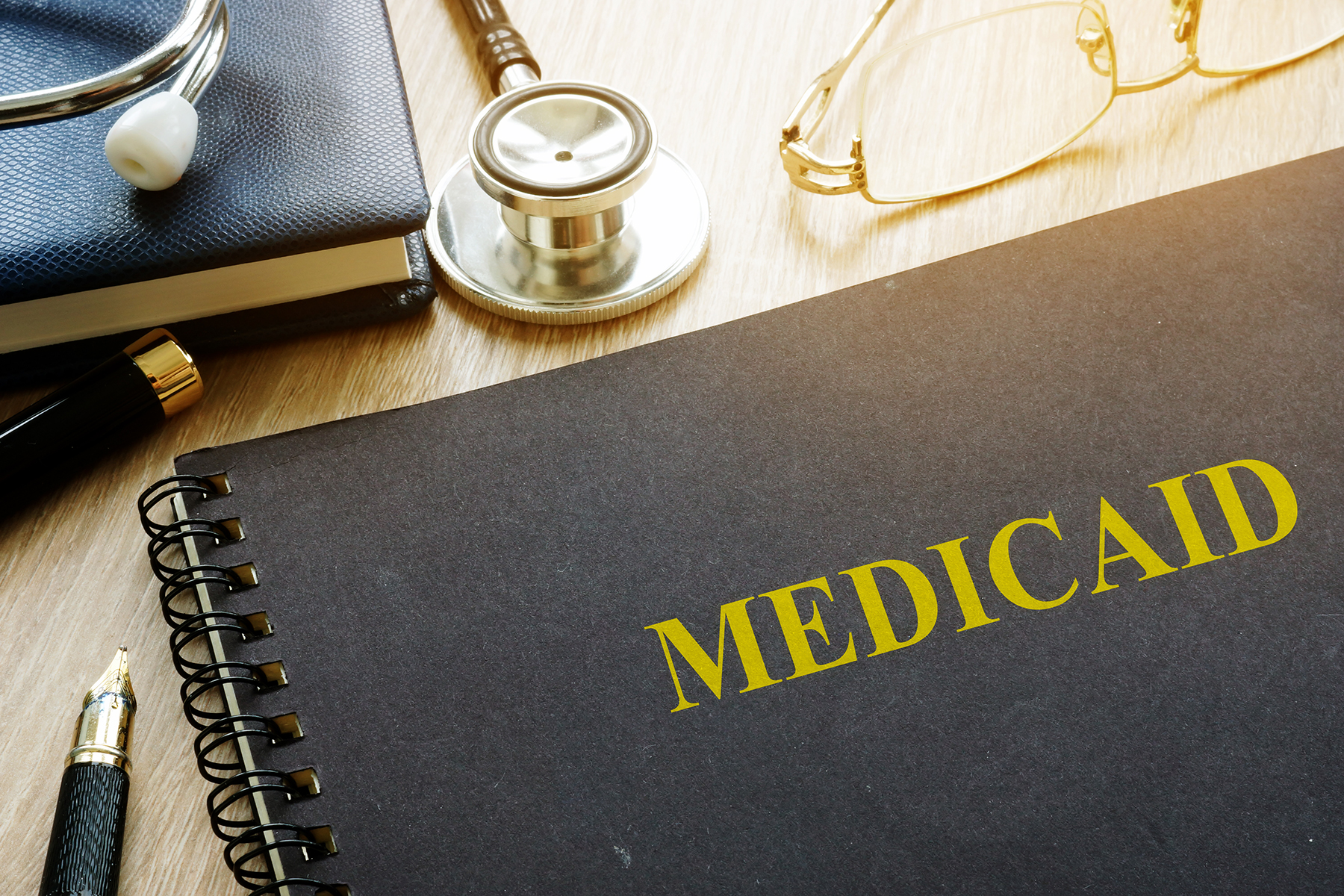 After winning re-election last week by nearly a quarter of a million votes, Governor Roy Cooper signaled his intention to continue pursuing expansion of North Carolina’s Medicaid program, despite conservatives maintaining their majority in the state Senate and strengthening their majority in the state House. Conservative legislators in the General Assembly have historically opposed expanding Medicaid.

There are approximately 2 million people currently enrolled Medicaid in North Carolina, roughly 20 percent of everyone in the state.

Medicaid is the single largest source of health coverage in the nation. Started in 1965, it is a federal program, administered by each state government, that’s designed to provide health insurance and health services to our most vulnerable citizens: low-income families with children and others who find themselves in an eligible category, including pregnant women, senior citizens, the blind, and individuals with other disabilities. While these categories vary by state, generally speaking, eligibility for Medicaid (with some exceptions) relies on a household’s income and how it compares to the federal poverty level.

For 2020, the federal poverty level in the 48 contiguous states was $12,760 a year for households with one person and $17,240 for households with two people. A household of four people is considered at 100 percent of the poverty level if its combined income does not exceed $26,200. Generally speaking, households at 100 percent (or below) of the federal poverty level meet the basic income eligibility requirement. It should be noted that there are a number of exceptions to the maximum income requirement; to see North Carolina’s schedule of categories and income eligibility criteria, click here.

What is meant by “expanding Medicaid”?

In 2010, Congress passed the Patient Protection and Affordable Care Act. Also known as “Obamacare,” the Affordable Care Act (ACA) made huge changes to healthcare in the United States. The law itself was over 900 pages, with over ten thousand additional pages of associated regulations.

One of the many provisions of the Affordable Care Act required a revised – and relaxed – set of criteria for Medicaid eligibility. For example, the law required that states change the eligibility for Medicaid to expand coverage to people with a household income of up to 138 percent of the federal poverty level (rather than the original 100 percent) and it also required that states expand their Medicaid programs eligibility to include childless, able-bodied adults (most without minor children) — a massive expansion of the number of people eligible for this government program. And, if states did not adhere to this expansion, they would risk losing all federal funding for their Medicaid programs.

In an initial estimate, the Congressional Budget Office (CBO) projected that an additional 13 million people would become eligible for Medicaid in 2014 under the Affordable Care Act had these provisions been enacted by the states.

Only two years after the passage of the Affordable Care Act, the United States Supreme Court ruled that it was unconstitutional to force states to expand Medicaid and risk losing their existing Medicaid funding. This meant that states could decide whether or not they would expand their own Medicaid eligibility.

As of this year, 38 states have expanded their Medicaid programs under the Affordable Care Act. Twelve states, including North Carolina, have thus far declined to do so — in fact, in 2013, the conservative majority in Raleigh passed Senate Bill 4 into law, which rejected Medicaid expansion in North Carolina. At the time, Senate President Pro Tempore Phil Berger explained: “Too many people have been seduced by the lure of easy money from the federal government. They will promise anything and they do – often.”

Is Medicaid expansion a good idea?

It depends upon whom you ask. Since passage of the Affordable Care Act into law, expanding Medicaid in North Carolina has been a perennial campaign issue in campaigns for the General Assembly and the Governor’s office.

Liberals argue that Medicaid expansion is essentially a free lunch from the federal government, which promised to pick up 100 percent of the cost to states for three years to expand Medicaid. They say that expanded eligibility means that more low-income families will have health insurance, at no additional cost to the state. The data shows otherwise: according to the Foundation for Government Accountability, every state that has expanded Medicaid has been hit with massive cost overruns (primarily due to the increased costs of healthcare) to the tune of nearly 160 percent; in California’s case, almost 300 percent. In North Carolina, that would ballon Medicaid expenditures by nearly $900 million dollars — and those dollars have to come from somewhere, like raising taxes.

But as we all know (or should), there’s no such thing as a free lunch. The federal government has promised to pay for Medicaid expansion for three years. But what happens after that? North Carolina has to start picking up the tab. After 2023, the state will have to pay for 10 percent of the cost. That may seem like a negligible amount, but as Michael Tanner of the Cato Institute has observed, “10 percent of a very large cost is still a very large cost.” What’s more, there is nothing to say that the federal government won’t renege on its commitment to pay 90 percent of the cost for the indefinite future. With the federal government currently over $28 trillion in debt, this is somewhat akin to your bankrupt uncle promising to pay for college – you had better start saving.

If that weren’t enough to raise concerns, North Carolina’s Medicaid system has long been plagued with fraud and abuse. Last year, State Auditor Beth Wood found that the state Department of Health and Human Services, which administers North Carolina’s Medicaid program, improperly paid more than $100 million in claims, including on behalf of people who were not even eligible for the program. In May of this year, a Las Vegas couple was indicted for defrauding North Carolina’s Medicaid program to the tune of $13 million. According to the United States Department of Justice, the couple “worked together to carry out a massive fraud upon the North Carolina Medicaid Program (“NC Medicaid”) by billing the government for fictitious home health services.  They then worked together to launder the proceeds of the fraud into, among other things, a private jet, luxury jewelry and clothing, and properties in Ahoskie and Rich Square, North Carolina.”

In highlighting the systemic problems with the state’s Medicaid program, Wood called for its reform, remarking that “you just can’t keep putting a bunch of people into a system that is already broken.” In response, last year the legislature moved to address some of these concerns by transforming the state’s Medicaid program from “fee-for-service” to “managed care.” Under the fee-for-service model, the state reimburses healthcare providers based on the number of services they provide or the number of procedures they order. With a managed care approach, the state contracts with private insurance companies instead.

To fix Medicaid’s “broken” system, the prudent thing to do is to wait and let these reforms be fully implemented before we throw more money at it.

Medicaid expansion is fiscally irresponsible not only on the state level but on the federal level as well. Going back to that $29 trillion national debt: it is absurd to argue that Medicaid expansion is “free federal money,” because we are paying for it as federal taxpayers. Medicaid spending is projected to grow exponentially; it is reckless and irresponsible to assent to any policy that would plunge the country into even more crippling debt.

Beyond the costs, Medicaid expansion will not help the poor. There is a popular misconception that Medicaid helps poor people. It doesn’t. A groundbreaking study examined Medicaid expansion in Oregon, comparing outcomes for people who received coverage versus a control group that did not have health insurance. It found some limited benefits of Medicaid enrollment, like reduced rates of depression. But in terms of overall health outcomes, there was no difference between the Medicaid group and the control group in terms of blood pressure, cholesterol, diabetes, or obesity – all indicators that should have been readily improvable over the span of the study.

Expanding Medicaid would cover people who can already afford health insurance. Although the program was originally intended to help Americans who are financially worst-off, Medicaid expansion would likely extend coverage to some young, healthy people who could already afford to buy health insurance at lower premiums. Because a limited number of health providers accept Medicaid patients, people who legitimately need assistance will have an even harder time getting access to care.

Medicaid expansion will cause private insurance to become even more expensive. Medicaid’s reimbursement rates are around half what the private insurance market pays — often less than what it actually costs to provide the patients with healthcare. Providers have to increase their rates on privately insured patients to remain profitable.

Conservatives in Raleigh showed considerable restraint and prudence in rejecting Medicaid expansion in the past; even as voices on the left — including Governor Cooper — continue to clamor on for Medicaid expansion, conservative legislators, now with an expanded majority in 2020, must stay the course.